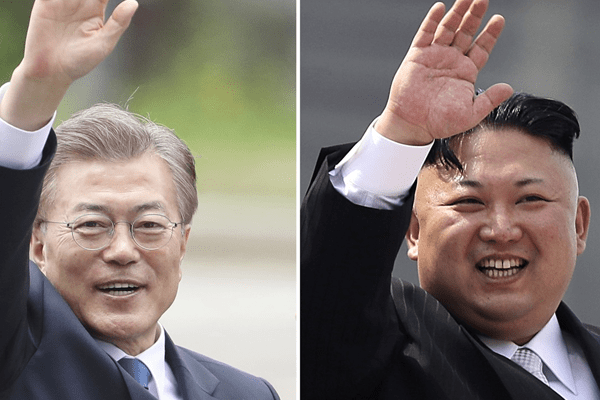 The conflict that has lasted about seven decades between North Korea (DPRK) and South Korea might just be over. The two Korean nations are in talks to formally end the war between them.

This news came from the reputed South Korean daily newspaper Munhwa Ilbo, who reported the news on Tuesday. According to the newspaper, this news was revealed to them by an anonymous South Korean official.

Before the summit, set to take place on April 27 between the South Korean President Moon Jae-in and North Korean premier Kim Jong Un, lawmakers from both Korean countries are reported looking to negotiate details of a joint statement marking the end of the conflict.

North and South Korea reportedly set to announce an official end to war from CNBC.

The summit between DPRK’s Kim Jong Un and South Korea’s Moon Jae-in could possibly see the release of an aforementioned joint statement that marks the end of the war. The statement could include the removal of the demilitarized zone (DMZ) between the two countries.  The summit is set to take place in  Panmunjom, located in the Joint Security Area ( JSA) of the North Korea-South Korea border.

This summit could mark the end of the conflict between North Korea and South Korea that has gone on since the 1950-1953  Korean war. The war ended on a truce and not a peace treaty.

Since then, tensions have flared between these nations on a few occasions but nothing too devastating has occurred. This conflict could now finally end on April 27th.

The only thing that could  stop the treaty is the North Korean nuclear program, as per Yonhap news agency.

“The complete denuclearization  of the Korean Peninsula in North Korea is the most important task that lies before us and it is task that must be completed by us.”