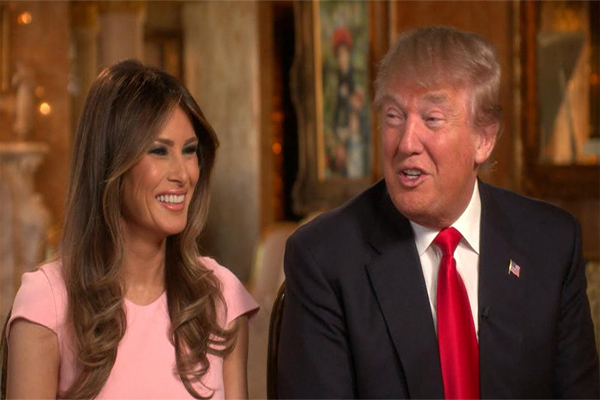 The Yugoslavian beauty, Melania Trump assumed her status as the next First Lady of the United States when her husband, Donald Trump won the 2016 Presidential Election. However, things don’t seem to be going right for the to-be First Lady.

The 46 year old, Melania Trump who was born in Novo Mesto, SR Slovenia, SFR Yugoslavia humbly began her career as a model for a modeling agency in Italy. She is known to have posed for covers of Harper’s Bazaar in Bulgaria, Ocean Drive, Vogue, New York Magazine, Avenue, Allure, Vanity Fair, and more. Melania gained the attention of Donald Trump when she began working with Trump Model Management. Soon, Melania got her green Card and became a legal permanent resident of United States of America. Soon, Melania met Donald Trump in 1998 at a Fashion Week party. Fascinated by Melania’s charm, Donald, like any man would, asked her phone number but was rejected the first time. In no time, the couple got into a relationship and had a break up shortly. This love eventually developed into a public issue. Melania gained wide recognition after she got married to the business Moghul, Donald trump on January 22, 2005, in Florida.

Donald Trump’s second run for the presidency turned quite fruitful. Melania Trump has been trolled many times by the public during Donald Trump’s 2016 presidential campaign for her ethnicity and her husband’s controversial actions. After Donald Trump’s win, many states of USA have been protesting. NYC is among the states which have not supported Donald Trump’s win. Moreover, Melania Trump has been dragged into the whole feud because she allegedly does not qualify to succeed the eminent Michelle Obama. Melania and her son Barron Trump are currently living in NYC. New Yorks have recently signed a petition to shoo her out of New York!

Donald Trump has made propositions that Melania and their son Barron will be staying in NYC while he stays at the White House. However, New Yorkers are furious that the protection for the mother and son at NYC will cost the nation extra amounts of its hard earned tax money. Thus, around 100000 New Yorkers have already signed the petition to send Melania and Barron Trump in White House along with Donald Trump to avoid huge tax consumption for their protection. 105000 signatures are to be served in the petition to provide proof to the decision of New Yorkers. Will Melania pack her chic bags and shoes to enter white house or will she stay in NYC? The New Yorkers will soon decide.


I was honored to share the stage with the amazing recipients of the IWOC awards! Thank u for your courage & determination! WomenOfCourage pic.twitter.com/CWNeCOGWYf

I was honored to share the stage with the amazing recipients of the IWOC awards! Thank u for your courage & determination! WomenOfCourage pic.twitter.com/CWNeCOGWYf