Home / Celebrity News / Is Naturalist Terri Irwin about to get married?

Is Naturalist Terri Irwin about to get married? 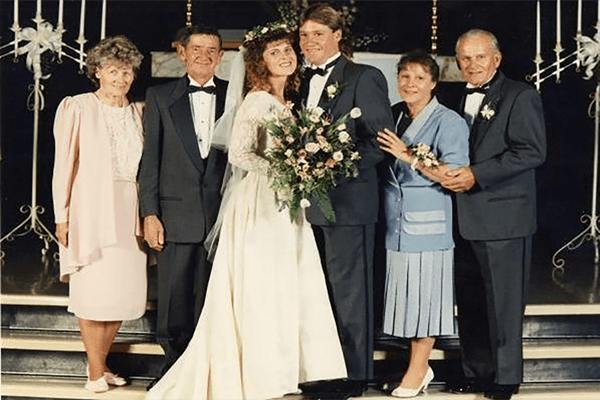 We were in aw when we realized that naturalist; Terri Irwin had a secret boyfriend. After much investigation we gasped when we found out that the secret boyfriend was Russell Crow. Now how will we respond to the recent news that Terri is making marriage plans with her new boyfriend? Haven’t we had enough of surprises already? Is it just a rumor or has Terri Irwin moved on after her husband, Steve Irwin’s death?

Terri Irwin is an inspiration to women and the world as a whole. We might know the strong and independent, Terri Irwin from her work as a naturalist, author and the owner of Australia Zoo based in Beerwah, Queensland.

Terri came into the limelight with her late husband, Steve Irwin. We might recognize Steve Irwin as The Crocodile Hunter. Terri and her husband, Steve were a power couple and worked together to protect wildlife.  The couple went on to have two children, Bindi Sue Irwin born on 1998, and Robert Clarence Irwin born on 2003. However, Terri and all the people who knew the legendary Steve was in tears after hearing the news of his death caused by the sting of a short-tail stingray barb in the chest.

Nearly ten years after Steve’s death, there are rumors that Terri has moved on and is currently in a secret relationship with boyfriend, Russell Crowe. The couple has been spotted together on many occasions. However, both the parties have been reluctant on speaking about it. Apparently, Terri and Russell met in an event and have been close since. Allegedly they are hinting on a marriage a year later or so!

However, in a recent interview, Terri revealed that she has not dated a single man after Steve Irwin’s death. She is very much focused on her work and after raising her two lovely children. She agreeded that for people to move on with a thing as such is quite beautiful but she personally was not into it. Terri feels that what she had with her husband, Terri was incredible and irreplaceable. Honestly, 14 long years is not a joke!

Is the Oscar winning actor, Russell Crowe really in a relationship with the conservationist and naturalist, Terri Irwin. Are the rumors true or is Irwin not ready to date. It is high time that Terri moves on leaving the tragedy behind. We hope the best for the lovely Terri Irwin!
Find More article related with article,bio and other

This is a fantastic opportunity to join BindiIrwin to learn about whale sharks from Dr. Norman, and continue Steve&39;s legacy. pic.twitter.com/tWZLwDVtGe

This is a fantastic opportunity to join BindiIrwin to learn about whale sharks from Dr. Norman, and continue Steve&39;s legacy. pic.twitter.com/tWZLwDVtGe