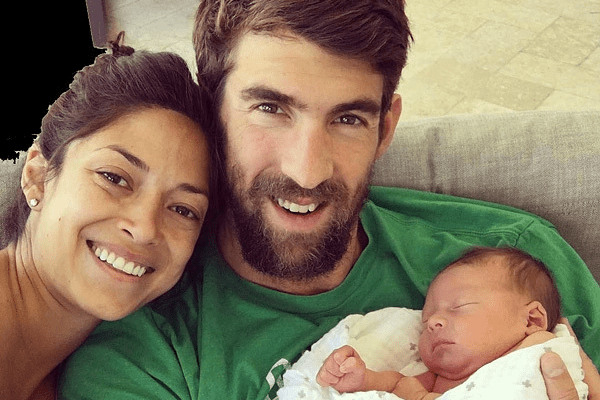 Michael Phelps and his Wife Nicole are blessed with another child.

The couple welcomed their second baby, son Beckett Richard Phelps on Monday. Phelps had announced the happy news through his Instagram with a heartwarming message.

32 years old Philp was excited about the Newborn baby’s  addition to their family of six including their two dogs. And happy news is that both the baby and mother are healthy and fine.

Magical moments yesterday… Nicole and I would like to introduce Beckett Richard Phelps to the world! We had a healthy baby boy and a healthy mama. I truly do feel like the happiest man in the world. Being able to build our family to now 4 (6 with doggies) is so incredible! #familyof4now

The Olympic gold medalist swimmer posted Tuesday on his Instagram a sweet picture of his family with the newborn son and his adorable 1-year-old son Boomer.

Similarly, his Wife Nicole also took her time to post a sweet family picture on her Instagram with the Newborn Son Beckett Richard Phelps.

Our family grew by 1 yesterday ? meet Beckett Richard Phelps. I’m surrounded by boys and I couldn’t be happier ???

American Model Nicole says on her Instagram, “Our family grew by 1 yesterday meet Beckett Richard Phelps”. The Mother adds,  “I’m surrounded by boys and I couldn’t be happier.”

Michael Phelps and Nicole (2010 Miss California USA) had tied the knot in Cabo in October 2016. His First Son Boomer was born in May 2016.

And stay with SuperbHub for more Celebrity News.