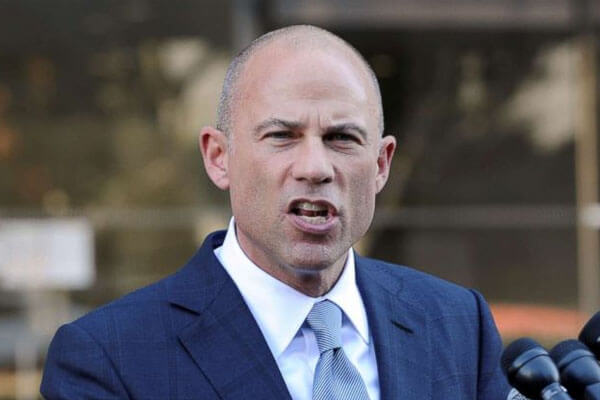 Michael Avenatti, Lisa-Storie Avenatti‘s ex-husband was arrested  on Wednesday, LAPD confirmed. TMZ first released the news of Avenatti’s arrest stating the victim to be Avenatti’s ex-wife. However, TMZ and other sources later corrected that the victim was some other woman who filed a felony Domestic Violence report.

We can confirm that today LAPD Detectives arrested Michael Avenatti on suspicion of domestic violence. This is an ongoing investigation and we will provide more details as they become available.

It is said that the incident had occurred Tuesday night at Avenatti’s residence near Beverly Hills in 10000 block of Santa Monica Boulevard with another confrontation on Wednesday between Avenatti and the woman.The victim’s face is said to be swollen, bruised and with red marks on both cheecks.

Avenatti, who is known for representing Stormy Daniels for battling against President Trump got released in $50,000 bail.

Michael Avenatti while and after the release said that he had never been physically abusive in his life or even last night. Such accusations were meant to do harm to his reputation. And added that he look forward for being fully exonerated.

Even after release from LAPD station, Avenatti spoke to the reporters that he had never struck a woman and will never strike any woman.

On the other hand, Michael Avenatti’s estranged wife, Lisa Storie-Avenatti also had her attorney speak out in her behalf making it clear that Lisa wan’t subject to any incident on Tuesday night. And there has never been such domestic violence while she was living with Michael. There might have been verbal fights, but he has never been physically abusive.

Similarly,  Lisa’s attorney added that Avenatti’s ex-wife has never known him to be physically abusive and violent toward anyone. Lisa Storie filed a divorce on November 2017.

Michael Avenatti’s another ex-wife Christine Avenatti-Carlin  also stated that among the 26 years of life, she has known him, Michael had never been physically violent with any woman.

Stay in touch with SuperbHub because there’s more to follow on news, entertainment, health& beauty, articles and bios.