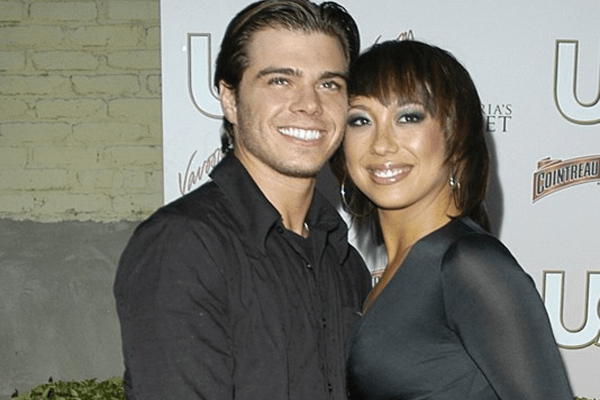 Matthew Lawrence and Cheryl Burke were in an adorable relationship before their love came crashing down a year later. The couple had been introduced by Cheryl’s Dancing With the Stars partner, Joey Lawrence in 2006. Joey’s younger brother, Matthew feel in love with Cheryl.

However, they called it quits in 2007. The two people went on to date and get linked with different people over the years. There was no hope or possible chance of them getting together again.

However, the couple has surprised us again! This February 2017 was extra special for the two of them. Matthew took the opportunity greatly to send his past love some roses.

Now we can see the couple posting cute pictures of each other on their respective social media sites. Cheryl Burke went on to post a Snapchat story with Matthew in it and we instantly knew that the two were back together.

She then posted another Snapchat story with Matthew in it gently hugging a dog. She had also written, ‘Should I be jealous’. It makes us clear that Lawrence is falling in love with Matthew all over again!

Cheryl has not only shown their union through Snapchat but also through Instagram. Cheryl Burke posted a picture of herself with Matthew in a cute animal filter in Instagram. She wrote ‘reunited and it feels good’.

The couple has been frequently spotted in the public. They have not officially spoken much about it. But, their cute pictures on their social media accounts have already spoken to us. The love growing between Matthew Lawrence and Cheryl Burke is pretty evident but we will let them enjoy their new star.

Now is too early to say that the couple will tie the knot. Since Cheryl Burke has made it clear that she is not the kind of girl who feels that she should be married by 35 and ‘have to have six babies’ by 38. It looks like this is just a warm beginning to their relationship. We hope the best for the lovely couple for their personal and professional life.