Is Mariah Carey in a relationship again? This time with dancer boy toy Bryan Tanaka! 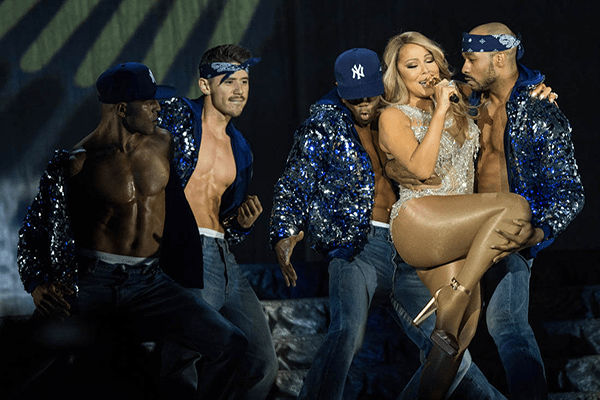 The Christmas songs special singer, Mariah Carey has not only gained prominence from her exceptional singing career but also for her controversial relationships and break ups. It seems that carey has found love yet again, right after her split from James Packer. Who is the lucky guy?

Mariah Carey has stolen our heats with her beautiful voice and her fashion statements. She has had an incomparable professional career. But can the same be said to her personal life? We doubt! After a turbulent relationship status, Mariah seems to have settled down yet again this time with a dancer Bryan Tanka. Where did the couple meet? Of course on the sets that Mariah works on. The couple is known to have worked together on her Sweet Sweet Fantasy Tour.

The hot blonde singer was seen romancing with boyfriend, Tanaka in Hawaii. According to some sources, she has been on many dates with Tanaka but has only recently confirmed their relationship. Mariah Carey was previously dating Australian businessman James packer. The couple had married in 2008. Recently on their vacation in Greece, the couple separated.

Packer had made allegations that she had been cheating on him with a dancer. While on a party, Mariah had left 10 minutes after Tanaka left. Quite suspicious, right? It seems the allegations might actually be true!

At present, Carey does not care about what people have to say. She was seen in Hawaii with her legs wrapped around new boyfriend, Tanaka. The two were even seen kissing passionately under the sun. As they shared their affectionate kiss, the million dollar question of ‘Is Mariah Carey dating again?’, came to an end.

Mariah’s ex-hubby, Nick Cannon’s comedic side arose as the pictures of Bryan and her circulated in the internet. Cannon posted a sensual picture of Mariah and Nick together on the beach and captioned it ‘This is how you do it!’. Nick also, through his Instagram post showed support to his ex-wife and called her family. ‘Salute to the Queen’ coming from your ex-husband, Mariah sure has an impact on any man she meets!

Mariah Carey seems to have moved on from her recent controversial split with her ex-boyfriend James Packer. Will this relationship of Mariah Carey last as long as the previous one? Will she finally settle? We will find out soon! We hope the best for the dynamic Mariah Carey!