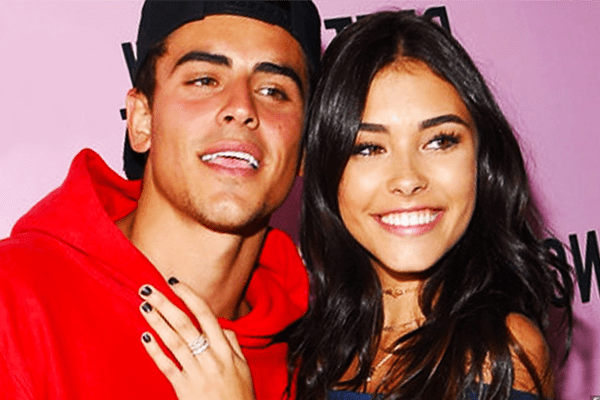 Madison Beer has had enough of being shy and afraid to speak out about the insults by her ex-boyfriend Jack Gilinsky. Finally, Madison Beer opens up about Jack Gilinsky’s insult in an audio file that was leaked over the past weekend. Let us get into the details o this nasty feud!

Madison Beer is now making revelations that she was “blinded by love” which made her reluctant and afraid to speak out after her then boyfriend Jack Gilinsky. Madison Beer opens up about Jack Gilinsky’s insult in her Twitter. The aftermath of the leaked audio where Jack Gilinsky is heard calling Madison Beer a “fucking slut” as caused a stir amidst Madison Beers Twitter followers.

Jack Gilinsky accepted that the audio was indeed authentic and that it was recorded last year. Jack was seen being apologetic about the incident. He also revealed that he is no longer together with Madison but that he would always love and care about her!

Madison Beer’s Twitter followers were supportive of Madison and obviously took her side at this nasty event. Thus Madison garnered some courage to speak up about him.

In her long Twitter post, Madison Beer opens up about Jack Gilinsky’s insult towards her in the leaked audio. In her post, Madison shared that the two had to “face this yet again” and both of them were finding it hard to. She added that the reason she did not leave him even though it all happened last year was that she did not want him to do the same to the next girl and that she “tried to fix him”!

Madison shared to her Twitter followers that both of them had grown and changed after that and that “it has been an extremely difficult thing to relive” and that she hopes that her fans learn from her “foolishness”.

Since Madison, herself was mistreated in her previous relationship, she advised people who have gone through the similar case in their relationship to “speak up”. She revealed that she was “blinded by love and much too afraid to come out”. She advised that it was “NEVER okay”. Madison shared that she was in a fear of being “broken up with / not taken seriously” by people if she shared it.

Finally, Madison shared that “no one deserves to be treated that way” and broke off by thanking her fans for their support.