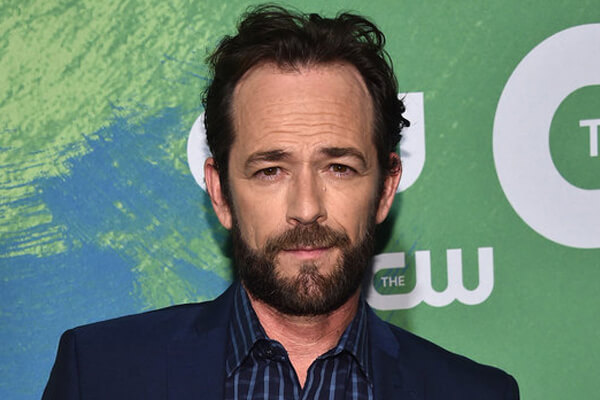 Perry was rushed to the hospital after having a massive stroke at his home, Sherman Oaks, CA last Wednesday. According to TMZ, Perry was talking and responsive when the EMTs arrived but soon his condition started to deteriorate.

The doctors sedated him in a hope that he would recover slowly but the damage from stroke was severe. After fighting for five days, Luke surrendered to death. Luke Perry’s fiance Wendy Madison Bauer, his kids Jack and Sophie, his ex-wife Rachel Minnie Sharp, his parents, siblings and close friends were at the hospital.

This indeed is the huge loss for the television industry. Perry had started his career as Dylan Mckay on TV series, Beverly Hills, 90210. He then rose to fame as Fred, Archie Andrews’ father on hit drama, Riverdale. Luke was known as a very kind-hearted and warm, friendly person.

The whole cast of his series and the celebrities are paying tribute to the Television icon.

Luke Perry… you were a joyful and vibrant soul. You will be missed but most certainly your legacy will be remembered forever. Rest in love and peace, friend. #Riverdale

Condolences to the family of Luke Perry. 😞

Actress Molly Ringwald wrote that her heart was broken to know about Luke Perry’s sudden death and sent her condolences to Perry’s family.

My heart is broken. I will miss you so much Luke Perry. Sending all my love to your family. ❤️ #LukePerry

Get latest updates on celebrity news, biographies and entertainment on SuperbHub.