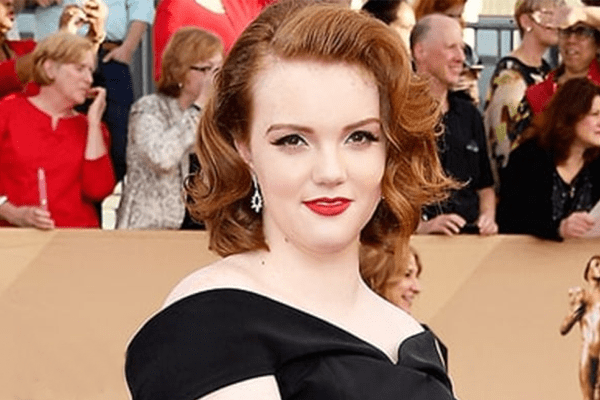 It takes a lot of courage to spill the beans on one’s personal life in Hollywood. Stranger Things star, Shannon Purser says it as it is! Shannon Purser took to twitter to reveal the difficulty she has been facing from the anxiety over her sexuality. Let us hear what she has to say!

“Getting comfortable with your sexuality is a process”. She also wrote that she wished she had known it sooner.

Getting comfortable with your sexuality is a process. It’s going to be ok. I wish I’d known that sooner.

Also in another tweet, Purser shared that sexuality is to be taken slow since it “can define you as much as you want it to.” which is utterly deep for a 19-year-old. However, the young star was not afraid of speaking out on a topic that is often hushed down as a taboo.

In her third consecutive tweet, Shannon revealed that she was having anxiety about her sexuality relating to her faith. She also shared that it had all been “really scary”.

As if comforting her followers by comforting herself through the tweet, Shannon shared in the fourth tweet that “ it’s gonna be ok”, and that it is going to be great which shows that Shannon Purser has slowly grown up to understand life a little better.

Shannon is not afraid to speak her mind and reveal the reality. In her final tweet, Shannon comforted all her followers and advised to them that they were not alone if they were suffering the same. She shared that they would be in her prayers and she wishes to be in theirs!

The young actress has not only opened a new path in the field of acting through her awe-inspiring performances but has also led people to be open about things less spoken about!

As per the reports of The Hollywood Reporter, Shannon Purser will soon be seen in the upcoming movie, Life of the Party with the hilarious Melissa McCarthy. Shannon Purser has been taking Hollywood by the storm and will also appear in The CW’s Archie reboot Riverdale!


Look who&39;s back w/a vengeance--it&39;s Ethel and Chuck Clayton--but are they in cahoots this time? Watch riverdale live this week to find out! pic.twitter.com/2ZQM7Pp1KB

Look who&39;s back w/a vengeance--it&39;s Ethel and Chuck Clayton--but are they in cahoots this time? Watch riverdale live this week to find out! pic.twitter.com/2ZQM7Pp1KB