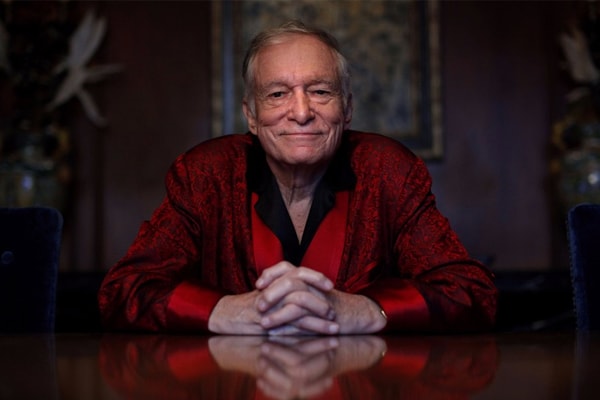 Hugh Hefner had an iconic life filled with women and fun. Hefner known for being the founder of the Playboy magazine was found dead at the age of 91 in the Playboy mansion. Even at his ending days, Hefner was enjoying lavish parties filled with celebrities and now the legendary man is no more. Let us reminisce Hugh Hefner’s years of success!

The man who built the Playboy brand and magazine is dead at the age of 91. He was found dead on Wednesday at the playboy mansion located in Beverly Hills. It was reported by the Playboy Enterprises that he died of natural causes.

Hugh Hefner started the idea of Playboy magazine 60 years ago when he borrowed a loan of $600 and $ 1000 from his mother. He then went on to release the first centerfold which featured Marilyn Monroe in its monthly magazine in 1953. Since then the magazine has found its way to all American homes.

The magazine had images of nude women which would appeal men. It also had in-depth articles and interviews with the models. Also, it featured fictions written by various writers.

Hefner is often recognized for bringing a sexual revolution in the 1970s and 1960s. In the more recent years, Playboy magazine has opted to avoid nudity, unlike the olden times. Hefner is not just known for promoting sexuality but also for encouraging “literature, politics, and culture”.

Hugh Hefner’s professional life and been great and the same can be said about his personal life. Hugh is lived on by his son Cooper Hefner. Copper shared after Hugh’s death that he had an “exceptional and impactful life” and that he was “a leading voice” behind some of the greatest social and cultural movements. Cooper also shared that Hugh had promoted “free speech, civil rights, and sexual freedom,” Cooper is now the Playboy Enterprises’ chief creative officer.

Hefner was married to his wife Crystal. The couple married when Crystal was 25 and Hefner was 85. Hefner has three sons named Cooper, David and Marston and a daughter named Christie. It can be said that after Hefner’s death, his empire is in good hands.

Many celebrities went on to mourn regarding his loss in their social media accounts. Kim Kardashian posted

RIP to the legendary Hugh Hefner! I’m so honored to have been a part of the Playboy team! You will be greatly missed! Love you Hef! Xoxo

t remembering Hefner along with various their playboy playmates of the month over the years. The Playboy mansion will certainly be empty without him.