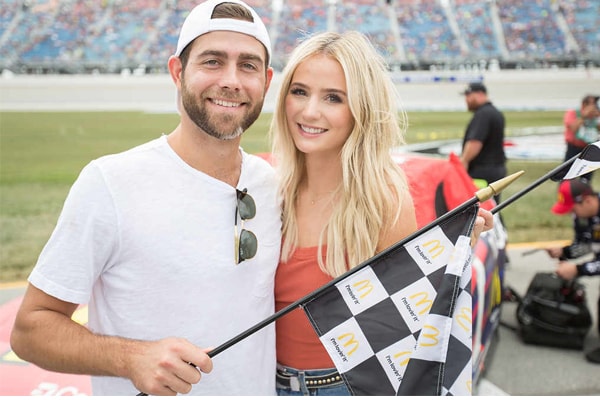 Lauren Bushnell and Ben Higgins were set to get engaged by they called it off. After 5 months from it, Lauren has found a new love interest.

Lauren was asked by one of her Instagram followers during a Q&A session Tuesday night what her thoughts were regarding marrying her new boyfriend Devin Antin. We found out that Lauren Bushnell’s new thoughts on marriage include not being in a rush to find conclusions. She has been taking things slow with her lover now. So it is clear now that Lauren will not be accepting a ring soon.

Lauren shared that she felt she saw “a future with him” but that she wants to be “1,000 percent sure” before she jumps into engagement. She revealed that for her it “takes time”. Lauren also wrote that she has learned a lot of things while she was in The Bachelor and was set to get engaged with Ben Higgins. Lauren shared that marriage is a “special and sacred thing that should never be rushed.”

She got into a relationship with Devin in July when E! News made the revelation. Through her instagram, Lauren also shared that she first met Devin on Tinder two years ago. Lauren shared that they met as friends and got along really well.   Then more recently when Lauren moved to LA, the couple caught up went on a date and got into a relationship. Lauren in the Q&A session also shared that she loves Devin’s laugh! Lauren revealed that everything bout Devin is “honest”.

Ben Higgins, on the other hand, has not been dating anyone at present as he shared with E!News. He is mostly seen busy in the iHeartRadio podcast and Generous Coffee.

Ben shared that he “didn’t know how to start” dating but he is trying to start anyway. He is hopeful that he will meet someone great. In a question regarding Ben with other bachelor girls, Lauren shared that she would not feel anything since she has not “developed a thicker skin” and that she does not feel bothered.