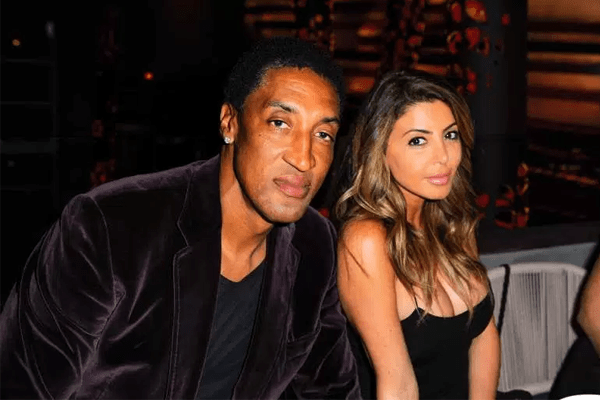 It is no news that Hollywood celebrities are usually in an on and off relationship but it is shocking to see a couple get back together after a significant time apart. According to recent reports, American actress, Larsa Pippen and her husband Scottie Pippen are yet again in a relationship, almost a year after the couple filed for a divorce. Let us find out more about the news!

The ex-basketball player, Scottie Pippen filed for a divorce from his wife Larsa Pippen on October 2016. Scottie Pippen wanted Larsa to have child support money as well. The proceedings of the divorce had been going on for the past couple of months. However, Larsa Pippen’s Instagram post broke the internet.

Larsa Pippen posted a picture of herself with Scottie Pippen on March 4th, 2017 on her Instagram account. The couple was seen having a lovely meal with some wine. Both Larsa and Scottie looked warm and happy in the picture. Larsa captioned the picture with an emoji of an “X” and an “O”.

The picture proved that maybe the couple are considering a second chance at their marriage. The 42-year-old actress, Larsa seems to be open to a second chance at her marriage with the 51-year-old Basketball star. The couple who were married in July 1997 has four lovely kids named Sophia, Justin, Preston and Scottie Pippen Jr.

Looking at Larsa Pippen’s Instagram account, it seems that she has been dropping off small hints of their reunion lately. On 15th February, she posted a picture of her time during a tropical vacation woth her entire family. The picture perfectly captured a very sexy Larsa on a bikini with her four kids and her husband. Furthermore, Larsa captioned it “#teampippen”.

‘After careful consideration and 19 years together’

the cute couple was going for a ‘dissolution of their marriage’. The source also shared that Larsa is hopeful that both the couple will make joint efforts and ‘will always do what is best for their 4 beautiful children’. As parents, it is their responsibility to raise their children with ‘love and respect’.

All of this hints at nothing but their wise decision to keep a halt during their divorce proceedings. The power couple could once again show the world the power of love. We hope the best for Larsa and Scottie’s rekindling relationship!