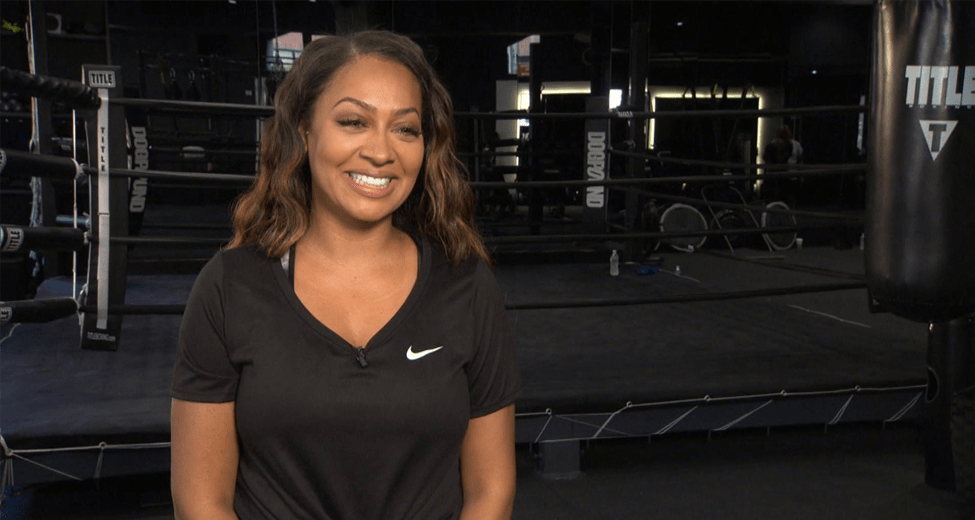 La La Anthony, the Power star has been showing off her gym toned physique through posts on Instagram for a long time now. In an exclusive interview with E! News, she shows us exactly what she is doing to keep herself so young.

La La Anthony shows us her work out routine with her friend Kirk Myers who is the founder and CEO of The Dogpound which is a gym based in New York City. La La shared that she came to the gym “almost every single day”. She revealed that Kirk has become one of her closest friends now and that he has become ‘a real inspiration” in her life in getting herself together and focusing on herself more!

La La continued saying “when you look good, you feel good” and admits that people might have responded positively to her weight loss but it is on the inside that makes her want to to go to the gym and live a healthy life.

La La Anthony’s workout routine as she shares has been “therapeutic”. It has not only helped her become physically fit but also mentally sound after her split from husband Carmelo Anthony. La La shared that it was good to “put the control back” to her. She revealed that she has been controlling her diet and it has made her feel better.

La La Anthony revealed that she has “definitely lost weight”, has “more tone” and “energy” and that she feels great about herself. She also shared that she wants to inspire women to be healthy and that she also wants them to “feel proud” of their bodies “however their bodies are”! Anthony says that she is “glad” that she can show people that she is proud of her body.

Speaking about her recent breakup and her workout routines, Anthony shares that she is not opting for a “revenge body” and that she is “not trying to get back at anybody”! Anthony admits that she is simply trying to make herself feel great!