Home / Kim Jong Un To Stop All Nuclear Missile Tests, Applauded by Trump and Rest of The World

Kim Jong Un To Stop All Nuclear Missile Tests, Applauded by Trump and Rest of The World 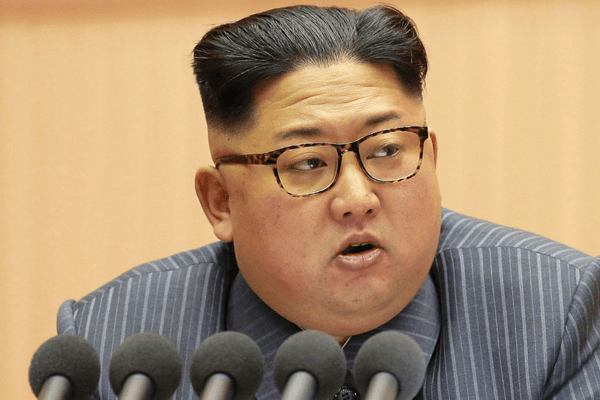 North Korea announced on Saturday that They would immediately suspend all nuclear missile tests as well as scrap the test site. They also announced that they would instead move towards attaining economic growth. This news comes just days before a summit with North Korea and also a planned summit with the United States.

The news was broken by Korean Central News Agency (KNCA), which is run by the state itself. Kim Jong Un said that they no longer needed to conduct any sort of nuclear missile tests because they had fulfilled their goal of developing the weapons, KNCA reported.

“The test site will be completely dismantled to transparently show the world the discontinuance of North Korea’s nuclear test.”, KNCA said after the supreme leader KIm Jong Un had a plenary session of the Committee of their ruling Worker’s party a day prior.

The pledge to stop all Nuclear tests comes as a big reversal from Kim Jong Un, who has always stated that the nuclear weapons are the pillars of his regime’s power. Though dismantling the test site alone falls short of the Washington’s demand to destroy all the nuclear weapons in North Korea, it has been seen as a positive step before the summits.

Kim Jong Un is set to meet South Korean president Moon Jae-in this Friday and US president Donald Trump in late May or probably early June.

The about to be destroyed Pyunggye-ri site is the only nuclear testing site in North Korea. All of the six underground tests took place here, with the largest one taking place last September.

Applause from the world

Kim Jong Un’s decision to dismantle the test site was met with massive applause from all over the world. The world leaders were quick to praise Kim and his decision.

The first to applaud Kim was US president Donald Trump who tweeted:

North Korea has agreed to suspend all Nuclear Tests and close up a major test site. This is very good news for North Korea and the World – big progress! Look forward to our Summit.

A message from Kim Jong Un: “North Korea will stop nuclear tests and launches of intercontinental ballistic missiles.”
Also will “Shut down a nuclear test site in the country’s Northern Side to prove the vow to suspend nuclear tests.” Progress being made for all!

South Korea also released a statement calling the declaration a meaningful step towards denuclearization of the peninsula and could create a favorable situation for meetings with them and the US.

China, the sole major ally of North Korea, which was always been critical of the nuclear tests in North Korea, welcomed the decision. Lu Kang, a Chinese spokesperson said,” The Chinese believe that North Korea’s decision will help improve the situation of the Peninsula.”

Japanese Prime Minister Shinzo Abe was a bit cautious. He said, ” What’s important is that it hopefully leads to full denuclearization.”

Various other powerful nations like Germany, Britain, and Australia also congratulated North Korea and Kim Jong Un, but were cautious as well.