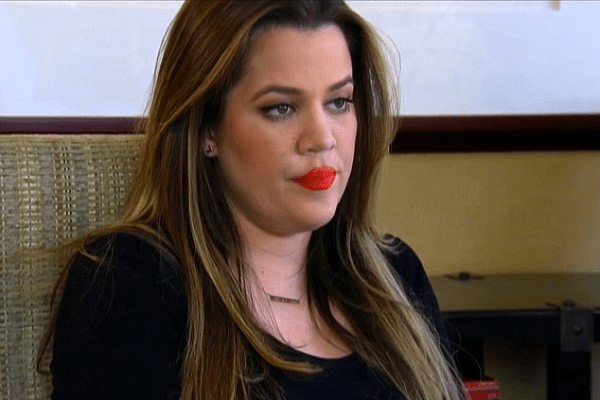 Despite having to deal with the complications, Khloe also has the burden to maintain her pregnancy.

Her medical discomfort was already stressful but she had to deal with the news of someone leaking a news of her pregnancy to TMZ, which Khloe wanted to share on her own.

Upon knowing the news Khloe says; “There’s nothing I can do about it. It is out but I am not going to confirm it yet.” Her decision is to remain private at the time, she adds,”I am still waiting to be in the safe spot, and that’s my choice to do that, that’s my decision. At least I would think”

Some sources have leaked the gender of the baby deliberately to TMZ while Khloe is excited and trying to break the news herself. Though the leaked news is surrounding the sets of KUWTK, the news is yet not released to the public.

Though Khloe is unhappy at the moment, fans will soon find out about the baby’s gender in the show. All we have to do is have patience and wait.

On the other hand, Kylie Jenner shows off her newborn daughter via Snapchat, the mother is spending time with her daughter and posting cute pictures and videos of the baby Stormi. Kylie is playing with her daughter’s adorable feet.

Kylie has also released an entire makeup line dedicated to her daughter Stormi Webster. The Weather collection is set to be released on February 28, 2018.

a few of my favorites ? #WeatherCollection launching Feb.28th inspired by my Stormi. @kyliecosmetics

For more exciting Celebrity news and Entertainment, stay with SuperbHub.