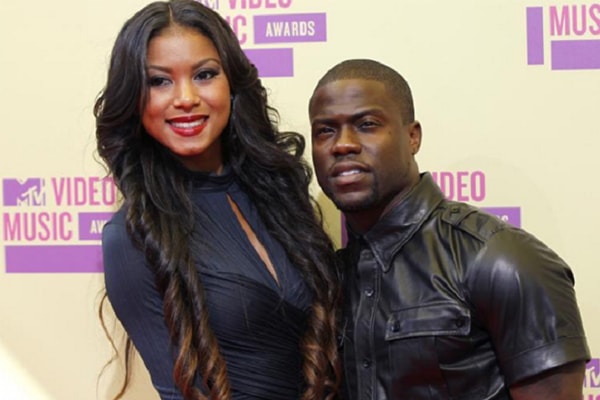 Kevin Hart has had a tipsy turn in his personal life. Hart has been accused of cheating and scandal but is now putting on a happy face. The comedian recently posted a picture of him alongside his pregnant wife and lovely kids on his Instagram account. Let us get the juicy details of Kevin Hart’s pregnant wife and cheating scandals!

Kevin Hart has not just been known for his comedic performance in central intelligence but has also garnered an infamous name for his scandalous perusal life. Hart most recently posted an adorable picture of his entire family in the Museum of Ice Cream in Los Angeles. Kevin Hart’s pregnant wife Eniko Parris also posted or the picture along with Hart’s kids Heaven Hart and Hendrix Hart.

Hart is quite popular on Instagram with 54 million followers so he had a message to provide through the post. Hart showed through the post that his married life is going pretty well and his kids are happy with him as well.

Kevin Hart captioned the picture with some hashtags like, “#WeChooseToLiveLoveAndLaugh #TheOnlyOnesThatMatter” and more showing his utter love for his kids. The adorable picture saw Kevin Hart’s pregnant wife leaning on a giant popsicle.

The Only Ones That Matter,” says Kevin Hart as he Poses with Family. ???? _ Hart had earlier this month posted a video on Instagram apologising to his family for cheating on his wife, adding that an extortionist with a video recording was demanding money from him. _ Hart posted the photo above with the caption: “#Harts #TheseAreTheOnlyOpinionsThatMatter #WeChooseToLiveLoveAndLaugh #TheOnlyOnesThatMatter #HappySaturday #DopePic #gidipoint

After the scandal of Hart having cheated his wife, E! News later reported that Hart had apologized to his lady love who had accepted the apology. The couple has now moved on from the affair and the recent Instagram post proves it.

A source close to the couple shared that Eniko had accepted the apology since she now realizes that Kevin is not “perfect” and now she is solely focused on her “pregnancy and what’s to come”. Also, the insider shared that Eniko knows that Hart is a “good husband and always comes home to her”. So there seems to be no sign of divorce.

Hart had taken to Instagram to publicly apologize to his wife and kids for his “bad behavior”. Hart had also publicly shared that someone was trying to extort money out of him from the affair rumor. The Instagram video saw Kevin Hart explaining that he felt like he had “a target” on his back and that he “should make smart decisions”.

We have got a glimpse now of what Kevin Hart might do to save his marriage and keep his family happy. We are yet to see how Hart will act in the days to come.