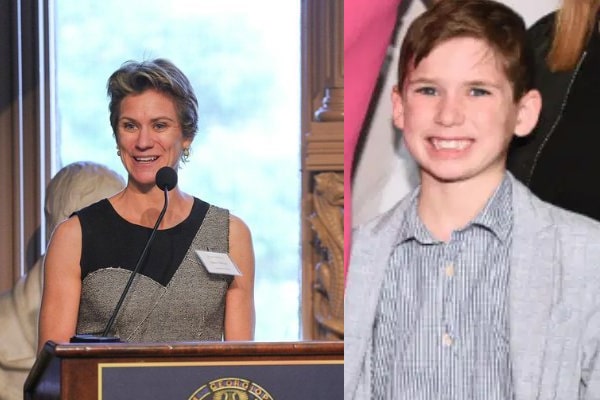 David Mckean, Maeve Kennedy’s husband, confirmed in an interview with The Washington Post, that his wife and son went missing on Thursday afternoon.

He said that the family gathered together at Kathleen Kennedy Townsend, Maeve Kennedy’s mother’s house, in Shady Side, Maryland. Around 4 p.m., kids were playing with a ball in a yard that later fell into the water.

Maeve and her son then got into a canoe to chase the ball. But they got very far and couldn’t paddle back due to strong winds and rough waters.

It was possibly due to strong winds as on Thursday it was around 40 MPH gusts of wind in D.C. area and very windy on the bay.

The news of mother-son disappearance is everywhere.

In a statement released by Anne Arundel County fire department, the mother-son pair were last seen on Thursday after 4:30 p.m, in a canoe off the Chesapeake Bay before disappearing.

A concerned citizen saw two people carried away by the wind in a small canoe at Columbia Beach Community pier in Maryland, and he placed a 911 call. The water rescue dispatch and firefighters arrived soon after the call.

Boats, helicopters were also used to search them. At around 7 p.m, State Coast Guards and Annapolis Fire Department fireboat located the canoe. After 7:30 p.m, due to darkness, the search was called off and resumed on Friday.

The search is still continuing.

Though most recreational boarding is prohibited in Maryland after the shutdown declared due to coronavirus pandemic, paddleboarding and kayaking are still allowed.

However, after the incident, it is advisable not to go onboard especially when you can’t trust the winds.

On April 1, Maeve Mckean had tweeted:

Great article on the critical need for a national call to service to help our fellow Americans and global citizens during the COVID-19 crisis. https://t.co/nzz3AwBvUn

It’s sad but we pray for their safety and return.

Get more recent updates on news, and entertainment only on SuperbHub.