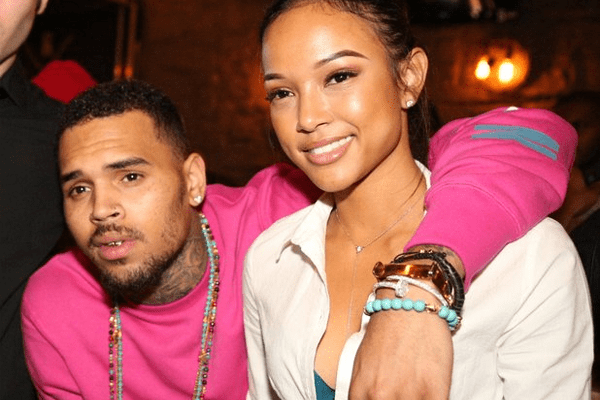 Relationships in the glitz and glamor of the music industry have known to turn sour very quickly. And for this Grammy Winning star, Chris Brown, relationships have always been disturbing and unsuccessful for him.  Brown has finally been served with TRO from his ex, Karrueche Tran. Let us find out more about the recent events surrounding Chris Brown and Karrueche Tran!

As reported by E! News in 2014, Chris Brown and his then- girlfriend, Karrueche Tran had a breakup and the reason for the break up was claimed to be domestic violence. E! News published a document that revealed that Karrueche Tran claimed that Brown had threatened to kill her and had harassed her. Furthermore, the singer was also claimed to have punched Tran’s stomach and pushed her down the stairs.

Karrucehe was granted a temporary restraining order back in February. Brown then took on to twitter to tell his followers to not listen to the rumors and “ all this bulls**t”. Brown posted that he had no idea what they were doing and suggested his fans to “let them do what they doing” and not to listen to them.

The TRO has finally been delivered to Brown and as per Tran’s attorney Michelle Trigger the entire team feels “relief”. As per Trigger, the entire event has been “frustrating”. She shared to E! News that the team feels “better knowing she is safe” and that they are now focusing on getting a permanent restraining order and don’t want to play “cat and mouse with Mr. Brown”.

The relationship has not only ended between the superstar, Chris Brown and his ex-girlfriend, Karrucehe Tran but it has totally been stained with bad blood. The once power couple are now standing on the battlefield. But this does not seem unusual for Brown since the same has happened to him once. His previous well-famed relationship with ex-girlfriend, Rihanna also drowned similarly. Rihanna was known to have asked for a restraining order when she filed for domestic violence.

As for his tainted relationship with Tran, the next court hearing is set to be scheduled for May 23. Tran’s attorney has shared that Tran will attend the hearing. Chris Brown has not yet spoken to the tabloids about this matter. E! News has reached out to Chris Brown’s attorney for comment regarding the hearing date.