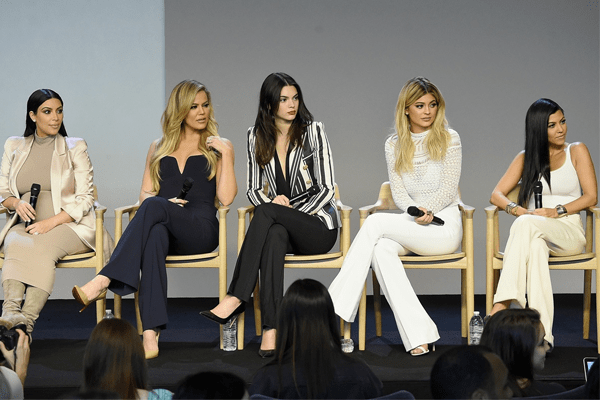 It seems that the Kardashian-Jenner have taken the world of fashion and entertainment. But now, they are set to conquer all economic milestones on their path. The recent Forbes survey has shown that Kim Kardashian has ranked no. 1 on Top-Earning Reality Stars of 2016 list and the entire female population of the clan seems to have joined the list. Are we surprised? No we’re not!

Kim Kardashian has again made a mark with her title as America’s Highest paid Reality Star in 2016. But how much has she been earning? In this year alone, the TV star and mobile Moghul, Kim Kardashian earned $ 51 million! The Kardashian-Jenner clan alone cashed in $ 122.5 million in the year.

After Kim, the second highest earning TV reality star is none other than their youngest sister, Kylie Jenner who has been earning through her line of cosmetic products. Aged 19, Kylie earned $ 18 million while Victoria’s Secret model, Kendall Jenner earned $ 17 million. Next in line is Khloe Kardashian with her $ 15 million earning from her clothing line and shows. The eldest in the clan, Kris Kardashian cashes in a little from all her children as a manager. This year she is known to have earned $ 11.5 million. The eldest among the Kardashian sisters, Kourtney Kardashian earned $ 10 million.

Some sources revealed that the Kardahshians were earning huge salary through their contract with E! to keep filming the popular reality show, Keeping Up with the Kardashians. Apparently, Kris Jenner has been earning $ 20 million alone from her appearance in Keeping Up with the Kardashians. While her daughter Kim is earning $ 15 million, and the other follow.

The Kardashians and the Jenners have been doing exceptionally well in their careers and have been getting more money than an average person can ever dream of having. While we watch eagerly as who will get married, divorced or pregnant next in the Kardashian and Jenner house, the clan is swiftly increasing its finances. We hope the best for their family!


honored to be a judge for the LVMH young designers! pic.twitter.com/8lWmMwt60s

honored to be a judge for the LVMH young designers! pic.twitter.com/8lWmMwt60s