Home / What?? John Cena And Nikki Bella Back Together Again. Marrying or Not Now

What?? John Cena And Nikki Bella Back Together Again. Marrying or Not Now 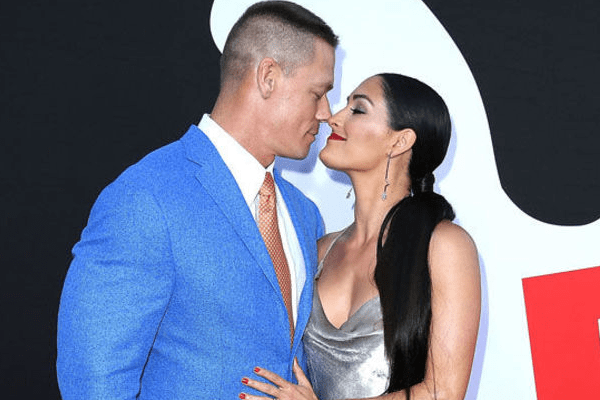 A few hiccups can’t stop their love! After announcing their split just over a month ago, John Cena and Nikki Bella back on the road to redeeming their relationship in a shocking turn of events. The WWE power couple is on their way to settling their differences and living happily together.

The couple was supposed to get married on May 4th but the wedding was called off along with their relationship in April. The break-up took place just three weeks before the marriage. But now the couple are on their way to reconcile their deep love for each other.

A source told PEOPLE that Cena and Bella are “basically back together”.

There are varying reports about the reasons behind the breakup with some saying that Cena, who is set to appear in Transformers: Bumblebee with Hailee Steinfeld,  got cold feet before the wedding whereas others report that Bella was the one to call off the wedding.

But, all the reports concurrently say that the reason behind the split was the couple’s different ideology regarding marriage and having kids. Nikki Bella wanted to have kids and start a family whereas John Cena was hesitant about it.

Whatever the case might be, they must have found a solution to this impasse as the two are back with each other. Cena and Bella were seen together on Saturday and there are reports that they have been spending a lot of time together.

According to the source of the news, it was never about ending their relationship but rather about calling off their planned wedding since they felt they were not ready for the commitment yet. They didn’t want to be in a marriage with false promises and with both pretending to be okay.

The source further explained that the breakup gave both John Cena and Nikki Bella a wake-up call as they realized that they could fix their relationship and that their love is eternal.

After the breakup last month, both Cena and Bella spoke positively about each other with the media. Both of them even expressed the possibility of getting back together in the future. Cena appeared on the Today Show and expressed his desire to still have babies with Nicole. Well, that doesn’t seem out of the realms of possibility now.

Cena and Bella had been together for 6 years before the breakup. Cena proposed to Bella in front of 75,245 people at the Camping World Stadium during Wrestlemania 33.