Home / Celebrity News / Jenni Pulos, Star Of ‘Flipping Out Allows Us A Sneak Peek To Her Baby Shower

Jenni Pulos, Star Of ‘Flipping Out Allows Us A Sneak Peek To Her Baby Shower 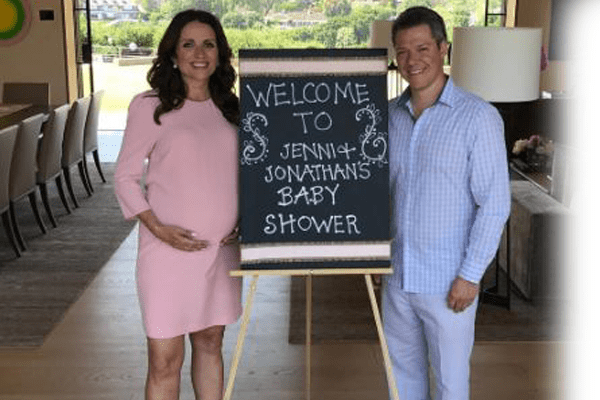 Jenni Pulos is now pregnant with her second child with husband Dr. Jonathan Nassos. The star pf the hit series Flipping Out, allows us a sneak peek to her baby shower she spoke exclusively to Us Weekley, to allow her fans to peek into the blissful details of her second-time motherhood and its tough yet worthy journey.

At the age of 44, Pulos is a mother to daughter Alianna aged 3. She recently held a baby shower the home of her buddy Kriat Kevitan’s private home in L.A. Brentwood. The baby shower took place on Sunday, April 23 and the details are nothing short of cooing over.

The celebrity of Bravo, and her friends and costars Jeff Lewis and Gage Edwar attended the beautiful event. The event consisted of Southern cuisine, including the likes of waffles, friend chucker, and pork sliders. Desserts included peach cake, cake pops, and macaroons, which were gobbled up in delight with white wine by Patrciius Tokaj and red wine by Vivanco.

The cute event was followed by Pulos describing the beautiful details of the event to the US weekly. She looked ravishing in a Rosie Pope maternity dress and explained that her pregnancy is feeling “good”. Her baby is going to be born via an IVF, leading her to take progesterone supplements.

The start to her pregnancy was rough, but she seems to be grateful to be getting a chance to expand her little family of three. She also revealed that as an older mom, she gets tired, but would recommend other women to try it.

When talking about cravings, Pulos admitted to a craving for ice cream and chocolate. However, she is looking forward to remaining safe and healthy in her miraculous pregnancy, and give birth to a healthy baby girl.

Her new daughter is due on June 10, and with her health back on track, she is absolutely looking forward to meeting her new baby. The date happens to be on the 40th birthday of her husband Jonathan, who is an orthopedic surgeon.

The couple wed on 2012 and the husband of this TV personality is excited but a bit worried to be the only man in the house, according to Pulos. The couple owns a male dog named Dudley.