Some facts on the incredible James Dean’s Childhood 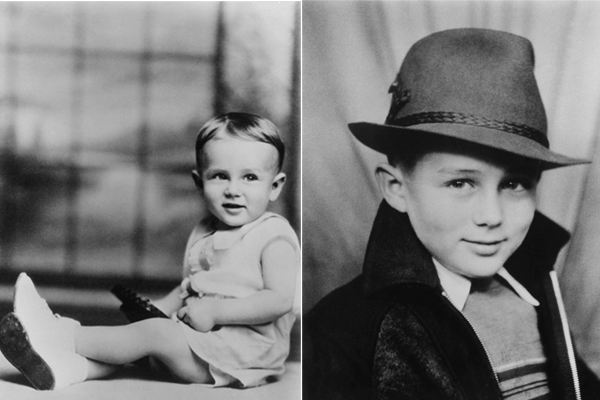 The 1950’s teenage disillusionment and cultural icon James Dean is best known for his movie Rebel Without a Cause. Till date, James Dean has been regarded as an idol of teenagers while he is termed as ‘The First American Teenager’. Still considered a legend, James Dean lived short until the age of 24 before a fatal high-speed car accident. However, he managed to capture the heart of millions of American as well as foreign youths since the 1950s through his three movies Giant, East of Eden, and the very famous, Rebel Without a cause.

Let us find out more about the childhood of the legendary, James Dean:

Dean began taking tap dancing classes at a local art college in Indiana at the tender age of 3.

Dean’s mother died when he was just nine years old.

Dean went on to live with his aunt and uncle at their Indiana-based farm where he learned milking cows, collecting eggs and other farm related works.

Dean’s front teeth were knocked out in a trapeze accident so he had fake front teeth which he removed at times to prank his friends.

As a child, Dean would write small wishes on chits of papers and put it under his pillow. At night, his mother would read those wishes and make it come to the following day if possible.

Dean revealed that when he was in the fourth grade he broke out in tears. He began crying and saying “I miss my mother”. Sometime later, Dean went on to visit her grave and asked his dead mother, “What do you expect me to do? Do it all alone?’

Dean was excellent at sports. He was particularly good at pole vaulting and basketball.

Dean was also on a debate team while in high school and would make up sources of his information to sound better! He was once caught but he simply shrugged it off.

Elizabeth Taylor revealed that James Dean had spoken to her about being sexually molested as a preteen by his Methodist minister Reverend James De Weerd. Taylor and Dean were co-stars in Giant and would stay up at nights talking about life and other such things.

When it comes of James Dean we cannot disregard his love for motor racing. His love for it began when Reverend DeWeerd took him to Indy 500 as a child.

Some facts on the incredible James Dean’s Childhood

CT scans are fucking awesome!!! It sucks that when you get them you&39;re probably too riddled with cancer or appendicitis to really enjoy them

CT scans are fucking awesome!!! It sucks that when you get them you&39;re probably too riddled with cancer or appendicitis to really enjoy them