Home / The Cat is out of the bag! Jeffrey Dean Morgan slipped details of Hilarie Buton’s pregnancy

The Cat is out of the bag! Jeffrey Dean Morgan slipped details of Hilarie Buton’s pregnancy 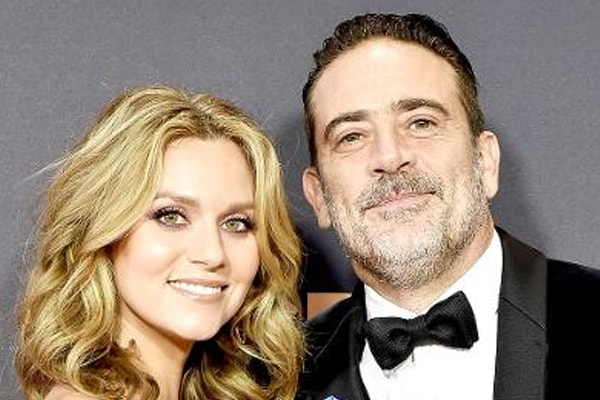 Photo Source: newzeb.c o m
Jeffrey Dean Morgan has let details of his lady love Hilarie Buton’s pregnancy out in the public. A secret so big coming from an enigmatic personality such as Morgan is a huge deal for the paparazzi. Yes, The Walking Dead actor slipped out that he is expecting a baby girl with his partner Hilarie Buton! Let us get into details of what is up for the couple!

Hilarie Buton’s pregnancy details have been spilled by no one but her own partner. At the Supernatural convention in New Jersey earlier today Jeffrey revealed that his partner was pregnant with a baby girl!

Known for being very secretive about his personal details this event is known to be even more shocking for Jeffrey then the audience. However, the star took all of it in a good humor. To humor his fans he took it to Instagram to share what he just felt about the entire incident.

Walking Dead’s Jeffrey Dean Morgan was glowing on the #Emmys red carpet and we’re pretty sure we know why…Hilarie Burton is pregnant! Link in bio for details. ??(?: Getty Images)

Whoever took this picture?? Caught a moment… thank you. We shall cherish…. I texted @hilarieburton right after I spilled the little girl beans… and, as usual… she was a rockstar. After all these years she’s come to expect me to be a dope… thank god she gets it, and loves me regardless. Thank you New Jersey, and the incredible @cw_supernatural family! Love ya all, and had a blast seeing you. And most of all… all the love in the world to my boys… @jensenackles and @jaredpadalecki it’s always too little time together… but it’s always special. I miss ya both. Xojd

He posted a hilarious picture of himself on the convention later that day that someone had taken. To add to all of the funniness, he captioned the picture asking who had taken the picture. He shared that the picture had truly “caught a moment” and he even thanked the person. Morgan revealed that he had texted Hilarie about it right after he “spilled the little girl beans” and shared that “she was a rockstar”. Morgan finished by saying that his partner has come to expect him as a “dope” after all the years of togetherness and loves him regardless of what he does.

The media had already been hinted about Hilarie Buton’s pregnancy during the 2017 Emmy’s by the man, Moran himself. The actor was seen putting his hand on his partner Hilarie’s bare belly indicating that something was cooking inside. All the excitement in Morgan has been pouring ever since.

Then on Sunday night, a source close to the couple shared that Hilarie was pregnant with their baby number 2 which was exciting for all their fans. Together the couple is parents to a son named Gus who is only 7 years old. Gus must be very happy to have a sister now!

Maybe the slip of the tongue was because of extreme happiness. Anyway, how the couple has a lot coming for them and we can do nothing but congratulate them for this big and cherishing news!