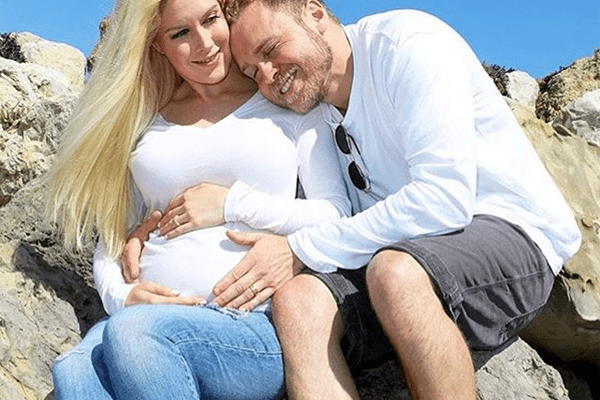 Heidi Montag has been very excited and content lately and she has every reason to be so. Why? Because Heidi Montag is finally pregnant and Spencer Pratt is the soon-to-be father of the baby. Heidi Montag shared her pregnancy details and some sweet words on her hubby Spencer Pratt with E! News. Let us find out more about Heidi Montag’s pregnancy!

Heidi Montag shared with E! News’s Sibley Scoles that she is five and a half months pregnant while still looking extremely fit for a pregnant woman. When asked if the pregnancy was unannounced or fully planned, Heidi revealed that it was “years in the making”1 Thus this child might be Spencer and Heidi’s prodigal child!

Heidi Montag is head over heels over her husband Spencer Pratt as per the interview she gave t E1 News where she had nothing but nice words to say about him. Heidi Montag shared that Spencer Pratt is “very loving and loyal” and that he will “bring strength to the table”! Other adjectives like “genuine”, “smart” also followed while Heidi described her picture perfect husband, Spencer Pratt!

Heidi Montag was confident when she said that Spencer was “going to be a great role model” when the baby comes out. Heidi also shared that he is going to be “active” in their son’s life taking part in athletic activities.

Heidi shared that she wants to “give love” to the baby and wants him to be “loved and encouraged”! Heidi seems to be very excited to play the role of a mom since she has been waiting for this for too long.

Heidi revealed that she “rally wanted a boy” while her husband Spencer wanted a girl. Spencer Pratt is excited and wants “ a healthy baby”. Heidi also joked about the fact that her doctor said that Heidi’s was “one of the top ten biggest babies she’s ever seen” while she held her growing tummy.

The I’m a Celebrity Get Me Out of Here contestant Heidi Montag says that she had told her husband Spencer Pratt that one of the other married contestants might be having a baby at the same time as hers which turned out to be true. Heidi says she spoke to her friends Audrina Patridge and Kristin Cavallari who advised her list of “must-haves in the beginning of baby stuff”! However, she has not spoken to Whitney Port who is also pregnant but she was fine with it since they “are not friends anyway”!

Tonight on ENews heidimontag opens up about all things baby, her pregnant former co-stars and how she and spencerpratt defied the odds. pic.twitter.com/GrW84atg57

Tonight on ENews heidimontag opens up about all things baby, her pregnant former co-stars and how she and spencerpratt defied the odds. pic.twitter.com/GrW84atg57