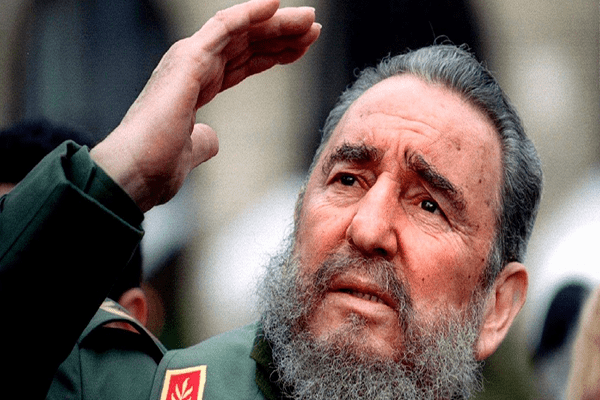 Cuban revolutionary and politician, Fidel Castro passed away on 25th November 2016. Castro has gained wide recognition as a rebellion and Marxist who has defied the United States many times. Castro became the 16th Prime minister of Cuba in 1959 and his reign lasted till 1976. He then succeeded as the 17th President of Cuba and stayed in the office till 2006.

The longest serving non-royal leader of the 20th century, Fidel Castro’s death has been an international event. Fidel Castro died on the night of 25th November 2016 due to undisclosed reasons. His body was cremated a day later as per his wish. Castro’s ashes have been placed in the Santa Ifigenia Cemetery in Santiago de Cuba.

Fidel Castro has served as the First Secretary of the Central Committee of the Communist Party of Cuba from 1961 to 2011. He was the President of the Council of Ministers of Cuba . Castro served as the 23rd & 7th Secretary-General of the Non-Aligned Movement from 2006 to 2008 and 1979 to 1983 respectively. He became the 16th Prime Minister of Cuba in 1959 and stayed in the office till 1976. In 1976, Castro succeeded as the 17th President of Cuba and stayed in office till 2008. He left the office once in 2006 due to medical reasons.

Fidel Castro has been succeeded by his younger brother Raul Castro as the President of Cuba. He was a member of the Orthodox Party from 1946 to 1952. Later he joined the 26th of July Movement till 1965. Fidel Castro became a member of the Communist Party of Cuba since then.

The Self-proclaimed Socialist, Marxist, and Leninist, Castro has served the Cuban people for many years and the Cuban’s emotions have been showered after his death. Cuban government declared nine days of mourning for the death of their long-reigning leader. Havana and Miami have been hugely hit by the death of Castro. Castro’s reign as the President of Cuba has been succeeded by his younger brother, Raul Castro.

Regarded as one of the world’s most controversial leaders, Fidel Castro is both a worshiped as well as feared name in the world. Cuba has gone in deep mourning since the death of one of their jewels. 2016 has taken many legends and Fidel Castro stands as one among them. The influential Fidel Castro will be missed.