Home / Celebrity News / Eric Dane is out and about! First public appearance since disclosure of Depression!

Eric Dane is out and about! First public appearance since disclosure of Depression! 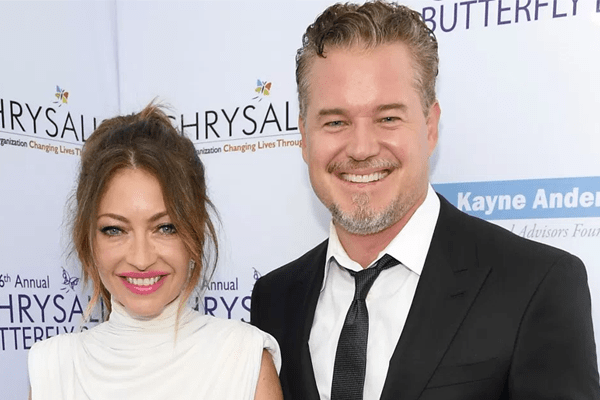 The Hollywood arena has been going bonkers after finally catching a glimpse of Grey Anatomy’s Eric Dane. Since the revelation of his battle with depression, Eric Dane had stayed away from the limelight. 16th annual Chrysalis Butterfly Ball in Brentwood, California, Eric Dane made his first public appearance after the revelation along with his lovely wife and kids. Let us get into the details!

Eric Dane looks much more refreshed and jolly after taking a break from the limelight following the revelation of his battle with depression. Eric Dane was in the middle of the shooting of the fifth season of TNT series, The Last Ship. However, he took a few weeks off and the show’s production had also been stopped.

This Saturday at the 16th annual Chrysalis Butterfly Ball in Brentwood, California, Eric Dane showed off his beaming smile when he posed for an adorable family picture with his lovely wife, Rebecca Gayheart, and daughters Billie and Georgia. This is the first time in the weeks that Eric Dane made his red carpet appearance after the revelation of his battle with depression!

Eric Dane and his wife, actress Rebecca Gayheart have been raising funds through the annual event since 2004 to help the homeless and impoverished. The couple has not missed out a single year and now they are making it a “Family Affair” as written by Gayheart on her Instagram post.

Rebecca Gayheart shared in the post that she took her daughters to the event to teach them the importance of giving back! The girls looked amazing in their matching gray dresses with Rebecca wearing a white dress and Eric sporting a black and white suit.

Rebecca Gayheart seemed very excited to reveal her summer plans to E! News. Rebecca shared that since Eric Dane would be “working in town”, she and her daughters will be “hanging close in Miami and will be doing “a lot of local trips visiting family”! We will soon see Eric Dane in TNT’s The Last Ship which will premiere on 20th August this year!

The couple has been exceptionally good to their kids and proves to be one of the best parents even after having various complexities in their busy lives. Eric Dane seems to look in much better shape now and has been setting the best example for his children by joining the event despite his battle with depression!

Thank you @halleberry for supporting Chrysalis ? It takes a village. @chrysalisla @common YOU are a prince of a man ??#giveback #butterflyball #chrysalis #aboutlastnight #albrighthousela