Elle King goes public about her battle with Depression and PTSD 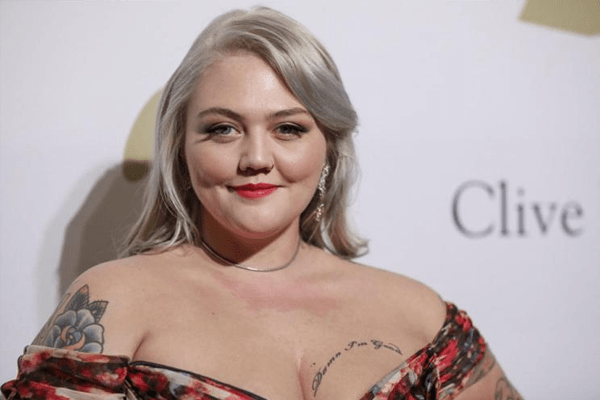 Photo Source: nydailynews.com
On Saturday, July 3, Elle King got really open about her troubles with her mental health. Many celebrities in the glitz and glam arena are a victim to depression but to come out to the public about it is highly impressive. Elle King talked about her depression and PTSD battles in a long Instagram post.

I made a decision yesterday that was a really fuckkng hard one. I’m slowly learning that prolonging and putting off that inevitable and looming painful decision or choice … ONLY CREATES MORE PAIN. AND YOURE LITERALLY JUST SITTING IN IT. I made that hard choice yesterday, and for a while it felt like my life was over. But today, while working through my PTSD with my doc, I felt that door inside of me open up just a little bit more. It used to be covered in caution tape and red lights flashing DO NOT OPEN. But I felt a cool little breeze and it wasn’t as scary peeping through. I also realized that PTSD and/or depression FOR ME, and I say for me because I can only speak for myself, is like a trip on LSD. For those of you who haven’t dropped acid…..it’s really strong, so take a lot. Jk but for real it’s gr8✌??? but I realized that when I’ve been in an altered state I HAVE had weird moments and scary thoughts. But I snap out of it through the clarity and ease of the fact that A. everything is going to be ok. 2. Dude you’re on fuckin acid man. ? In those times all I had to do was refocus and take back control of MY OWN MIND. Today, if presented with two options, I will CHOOSE the one that is most beneficial and happy for me right then and there. I’ll make some healthy choices. Today I’ll drink water and say something nice about myself. I brushed my teeth sooosososo good too. I might even hug myself. But I’m definitely going to love myself. Just like I love all of you!!!✌?❤️??

Let us get into the details!

What did Elle King have to say about her mental health?

Elle wrote that she had made a decision yesterday. She shared that she had made a “hard choice yesterday” to not prolong and put off “that inevitable and looming painful decision or choice” which only caused “more pain”. King also revealed that she was working through her PTSD with her doctor and thus helped the “door inside” of her “open up just a little bit more”.

Before  Elle King talked about her depression and PTSD battle, she had talked about her wedding to her Scottish boyfriend, Andrew Ferguson that she had just “skipped out”. She revealed that she and Andrew had married secretly last year and were separating now.

Elle shared her view on PTSD and depression and wrote that for her it felt like “a trip on LSD”. She also revealed that she had “weird moments and scary thoughts” when she was at “altered state”. Elle revealed that she would “refocus and take back control” of her mind during these times!

Finally, she shared that she will be making “some health choices” by drinking water, brushing her teeth “sooososo good too” and hugging herself!

Ater E!News dug deep into the details it was made public that Andrew Ferguson had been arrested for domestic violence back in April. This might have very well been the cause of the separation. When E! News reached to Andrew Ferguson he simply denied the allegations. Ferguson claimed that he was preventing Elle from hurting herself while she was under influence!

The event has not been further discussed upon. Looking at how Elle King talked about her depression nd PTSD battle it seems that she has a lot on her plate now! We wish the best for her!