Home / Doctor Claims Donald Trump Wrote his Own Health Letter | Is it Fake?

Doctor Claims Donald Trump Wrote his Own Health Letter | Is it Fake? 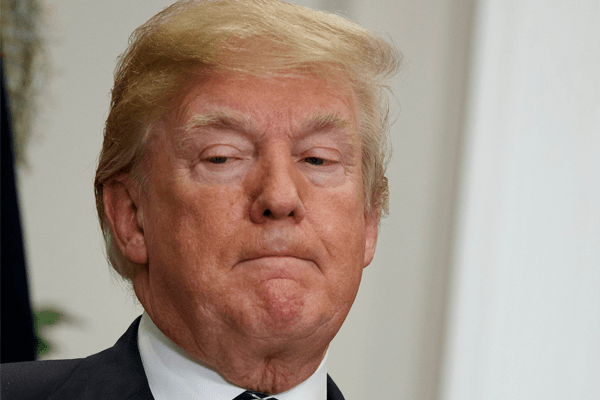 Donald Trump‘s former doctor Harold Bornstein has claimed that he did not write the health letter declaring Trump health as “astonishingly excellent” back in 2015.

Harold made these claims during an interview with NBC on Tuesday. Harold said that the 2015 letter, which suggested that Donald Trump would be the “healthiest person ever elected to be president” was not the assessment he made.

Harold said,”The entire letter was dictated by Trump. I just made it up as I went along with the letter.”

“I couldn’t believe anybody was making a big deal about a drug that’s to grow his hair, which seemed to be so important… what’s the matter with that?” pic.twitter.com/R2XvAKim7h

Harold also claimed that Donald Trump’s bodyguard, as well as a lawyer, raided his office back in February 2017. According to him, the raid went on for 30 minutes and all the medical reports of Trump were seized by them.

It is not sure why Harold is making these claims now. The White House is yet to comment on the allegations made by Harold.

Details on the Letter

In 2015, when Donald Trump was still a presidential candidate, Dr. Harold Bornstein released a letter describing the medical status of Donald Trump. The letter’s contents stated that Trump’s physical strength and stamina were extraordinary.

The letter also stated that Trump’s blood pressure and laboratory tests were excellent and that he has lost 15 pounds in a year. It also added that Trump didn’t have any forms of cancer or joint surgery.

“I am fortunate to have excellent genes.”, Trump, who is caught in a legal battle with Stormy Daniels, said back in 2015.

He had another three-hour health examination in January of this year amid speculations of his mental health. The White House doctor Ronny Jackson concluded that Trump had incredible genes and there were no mental health concerns.

The New York City resident Harold Bornstein said that his office was raided by one of Trump’s bodyguards well as two other men on 3rd February this year. The raid lasted for 30 minutes and that all the medical reports of Donald Trump were seized.

Press secretary of White House Sarah Sanders later called the raid a “standard procedure” and that it was the job of the White House Medical Unit to keep the medical reports of the president.