Home / Celebrity News / DEBBIE REYNOLDS DIES AT 84, ONE DAY AFTER THE DEATH OF HER BELOVED DAUGHTER

DEBBIE REYNOLDS DIES AT 84, ONE DAY AFTER THE DEATH OF HER BELOVED DAUGHTER 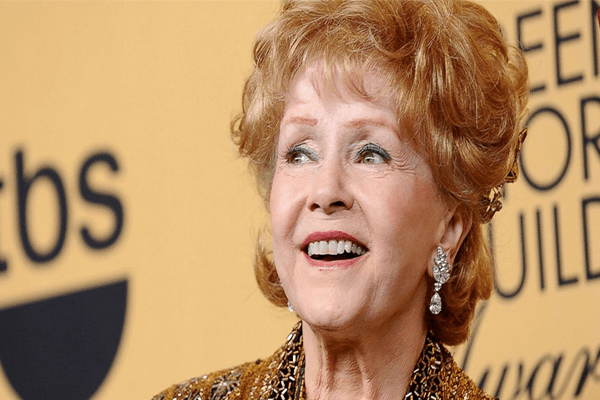 Debbie Reynolds Carrie Fisher story is certainly a saddening one. Debbie died, just one day after the death of her beloved daughter Carrie Fisher. She is suspected to have died of stroke, after stating for several times that she wanted to be with her daughter.

The death was confirmed by her son Todd Fisher. Ms. Reynolds had been taken to a Los Angeles hospital on Wednesday afternoon. It was found; through the ABC 7 Los Angeles that she had suffered a stroke.

It has been told that the death of her daughter was too much for Debbie Reynolds. Carrie was 60 years when she died and Debbie died at the age of 84, one day after the death of her only daughter.

Debbie found her career peak for the titular role she portrayed in “The Unsinkable Molly Brown” on 1964. She earned an Academy Award nomination for the same. The western musical, based on a true story of the transformation of rags to riches, made her popular amongst the general public.

Other notable roles of Debbie Reynolds includes her most remembered film “Singin in the Rain” (1952). She was only 19 when the movie was shot and had never professionally danced before that. Her good girl portrayals like her role in “Tammy and the Bachelor” (1957), will certainly be missed more.

Debbie gained more fame when her husband Eddie Fisher started off an extramarital relationship with Elizabeth Taylor, which turned into a huge scandal.

Debbie Reynolds Carried Fisher story comes to an abrupt and sad end in the duration of two days. Debbie who outlived her daughter for a day reportedly dies as she could not handle the pressure of her daughter’s passing away. She reportedly suffered a stroke shortly after saying that she wanted to be with her daughter Carrie Fisher. Carrie Fisher is best remembered for her role in the Star Wars movie series as Princess Leia.

Debbie Reynolds has released an autobiography called “Debbie: My Life” on 1988. Sadly her life has come to an end only a day after the death of her daughter Carrie Fisher. The death of such two great personalities who have contributed a huge deal to the entertainment sector is surely a big blow to the Hollywood Industry. Debbie Reynolds and her cute little girl next door girl appearance with her little turned up nose will certainly be missed immensely by all of her fans around the world.