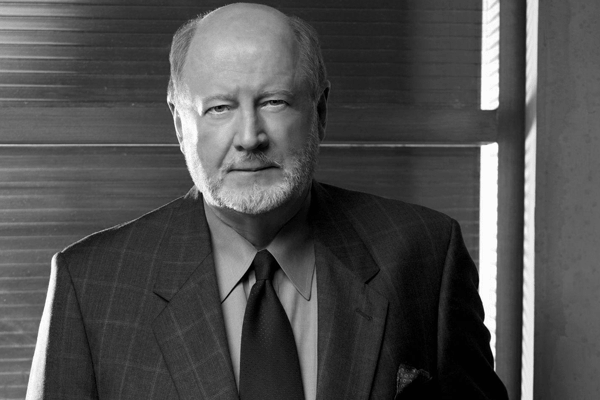 David Ogden Stiers passed away on Saturday, March 3rd, 2018 after his tiring battle with Bladder cancer. Born on October 31, 1942, David was an American actor, musician and voice actor. He is best known for portraying the arrogant role of Major Charles Winchester on the American T.V. series M*A*S*H (1972-1983).

MKS Talent Agency had tweeted, David died peacefully at his home in Newport, Oregon due to bladder cancer.

I am very sad to report that David died this morning March 3, 2018 peacefully at his home in Newport, Oregon after a courageous battle with bladder cancer.

His talent was only surpassed by his heart. pic.twitter.com/fjuGmbVYgd

His role as Major Winchester earned him two Emmy Awards in 1981 and 1982. David as a voice actor worked in the 1991 Disney’s animated film”Beauty and the Beast” narrating as Cogsworth. He provided voice tracks for dozens of film and T.V. projects.

In his career as a musician, David was the associate conductor of the Newport Symphony Orchestra and Ernest Bloch Music Festival. David successfully guest conducted more than 70 orchestras around the world.

In 2009, Stiers opened about him being a gay and took pride in it. In the twilight of his career, David told Oklahoma City blog: “I am [gay] very proud to be so”. He had dimmed his homosexuality for years in fear of the effects which would strike his professional career.

David’s role as a well-spoken and talented surgeon whose surgical skills were highly criticized and joked was well appreciated in the series M*A*S*H. David and the cast won the TV land Award of the Best Cast in 2009.

David was born in Peoria, Illinois to Margaret Elizabeth and Kenneth Truman Stiers. He graduated from North Eugene High School and attended the University of Oregon.

His initial career launched from the 1974 Broadway Production’s The Magic Show and credits on The Mary Tyler Moore Show, Kojak and Rhoda.

Death of a great Emmy Award-winning actor, musician David Ogden Stiers is really a huge loss to the industry.