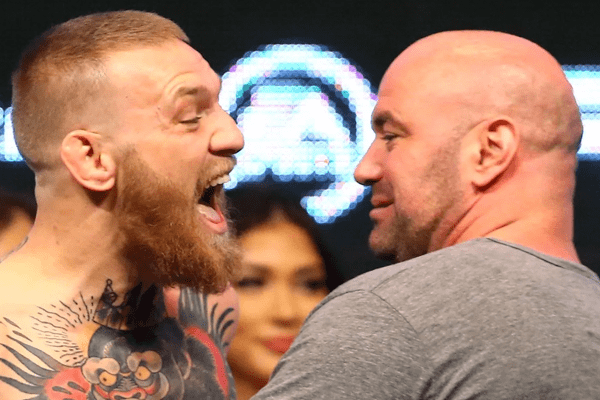 Since Conor’s last victory on the UFC octagon fifteen months ago at the historic Madison Square Garden, McGregor has shown little signs of returning to the MMA.

Conor McGregor reached the summit of the lightweight division after winning the main event of UFC 205 after a second-round TKO over Eddie Alvarez. Following the win, Conor became the first two-weight world champion.

A possible Mayweather vs. McGregor rematch?

Dana explains the only way the rematch would make sense is the fight to happen in the UFC. He also confirmed that the two sides are talking.

While Mayweather wouldn’t need the money but if he is serious to face Conor in an MMA match. He would have to be worried about his skills to face the notorious on MMA. Dana hopes Conor to return to the Octagon in August or September to fight the winner of the contender of the title.

Dana also added that with the amount Conor collected from his last fight he might not return.

I am happy for Floyd and his recent announcement that he is out of these current fight negotiations. It is the reason I never seeked the rematch in the first place. I was happy for him in retirement. My game is a very unforgiving one. It is not like other games. I understand completely him staying retired. I will now carry on in my negotiations and see where it goes. Have a great retirement Junior. Now come here and give your old man a hug for old times sake. I’m proud of you son. Yours truly, Senior.