Home / Celebrity News / Courtney Stodden reveals that she is bisexual!

Courtney Stodden reveals that she is bisexual! 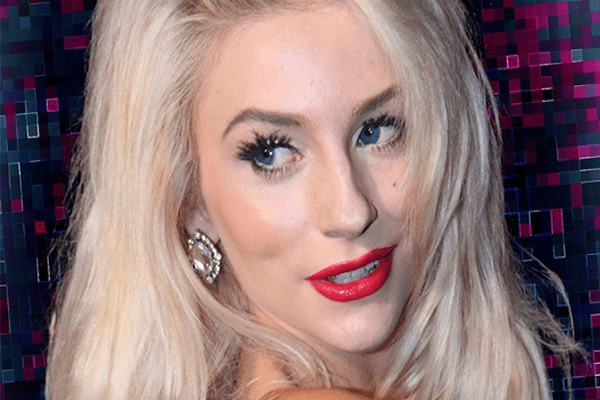 Courtney Stodden has remained in the news for the past few months. Stodden recently split with her husband Doug Hutchison which has been a huge shocker to us. Even more shocking is the detail that Hutchison revealed that she is Bisexual! Hard to believe it? Let’s dig deeper into the news!

The blonde, beautiful and the very glamorous, Courtney Stodden has made a huge statement on an interview with foxnews.com. Courtney who recently got divorced from her husband, actor Doug Hutchison recently revealed in an interview that she was bisexual.

In the interview with foxnews.com, Stodden shared that she just wants to have fun and that she likes both girls and guys who are funny. She then added that she is ‘bi so why not some girls too?’

Courtney Stodden revealed in an interview that she and Doug had seen the split coming since a long time and even though they have been split for ‘two-and-a-half to three months now’, the ‘emotions are still really raw’.

Stodden revealed that she was doing okay and feels that 2017 will bring a new light to her personal life. She also admitted that 2016 was really bad and it was ‘awful all around’.

Courtney married at just 16 years of age when her better half, Doug was 56 years old. The couple stood strong for six years until the last few months of 2016. The couple did not conceive a child because of a miscarriage which made Courtney Shave her head in remorse. It seems that having married an older man did not really work out for the young actress. She now wants to bring out the younger and wilder side of hers.

Courtney Stodden has made it pretty clear that she is open to dating almost anyone regardless of their gender. She has brought a new light to the field of dating which is good for other bisexual people who are hiding in their closets. She is only concerned about their personality! We wish the best for the amazing Courtney Stodden’s personal as well as professional life!