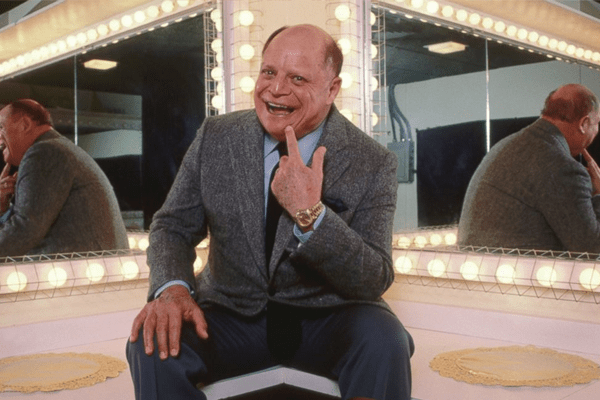 Comedian Don Rickles is dead. On Thursday morning April 6 in his home in Los Angeles Don Rickles died. Don Rickles known best for his insult comedy had been making his audience laugh day in and day out with his comedy on The Tonight Show With Johnny Carson. Celebrities took to twitter to mourn the loss of one of America’s greatest comedian of all time!

Don Rickles is known to have died due to his long-running kidney problem. At the age of 90, the legendary comedian was found dead in his home in Los Angeles Thursday morning. Don is survived by his wife Barbara Rickles, and his two children Mindy and Larry Rickles.

He had gained wide popularity for his insult comedy and his pugnacious style. Having begun his work in The Tonight Show Starring Johnny Carson, Don led his comedic career towards appearing on the Late Show with David Letterman. Rickles made mind-blowing appearances in many TV series and movies like Kelly’ Heroes, Run deep, Run Silent, and C.P.O. Sharkey. However, Rickles was best known for voicing Mr. Potato Head in the Toy Story films.

Not only comedians but the entire film industry mourned at the huge loss. Celebrities like Jimmy Kimmel, Eric Stonestreet, Jim Carrey, Tom Hanks, George Takei, and more took to twitter to share their experiences with Don Rickles and mourn his death.

Jimmy Kimmel posted a lovely picture of himself with Don Rickles and wrote a tweet displaying how Don was one of the loveliest people he had known and how “90 years with Don Rickles weren’t enough.” Barbra Streisand tweeted that having been skewered by Don Rickles was enormously funny. Some had a comic tweet in honor of Don Rickles like Patton Oswalt who wrote laughably that Don’s family had requested people to “drop their pants and fire a rocket” in the death of Rickles. Danny Zucker tweeted that he hopes Don is making fun of all of the tweets somewhere.

The entire TV and movie industry is mourning for hisdeath. The tweets that had been showered showed how Rickles was a nice person and had been triumphant in making people laugh with his acts all these years.

We will miss him greatly! While Rickels is gone, his quotes like “You can’t study comedy; it’s within you. It’s a personality. My humor is an attitude” keep him living every day within our hearts!

We are celebrating our 52nd Wedding Anniversary March 14th. Happy Anniversary my dear wife, Barbara. You are my life. ❤️❌⭕Pussycat
(Me)

We are celebrating our 52nd Wedding Anniversary March 14th. Happy Anniversary my dear wife, Barbara. You are my life. ❤️❌⭕Pussycat
(Me)