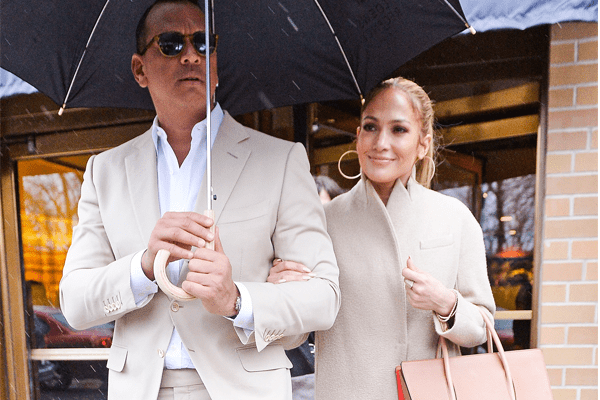 Photo Source: people.com
All seemed to be going great in the nest of Jennifer Lopez and Alex Rodriguez until now! According to recent rumors, there have been allegations that Alex Rodriguez had been cheating Jennifer by having an affair with a fitness model. Let us get into the details of the rumors that are likely to blow up JLo’s relationship with Rodriguez!

The story of Alex Rodriguez cheating JLo acquired huge attention and was the hot topic of gossip when the National Enquirer magazine headlined their cover page, “A-Rod CHEATS ON J.LO with THIS WOMAN” which pointed to fitness model Lauren Hunter!

In the story published, Lauren Hunter came out and made a shocking revelation that she had been Alex Rodriguez’s “Sex Toy” for more than five years which prolonged till the time when J.Lo, and Rodriguez were dating.

Lauren revealed that she and A-Rod have had “wild nights, and explicit video requests” before J.Lo came into Alex’s life. Lauren was later “tipped off” by Rodriguez that he was dating a “forty-something”! Lauren also shared with the magazine that she was “shocked” to find out that the lady he was dating was Jennifer Lopez!

Two months later, in May, Alex Rodriguez and Jennifer Lopez came out to the public to share their new found love. But at the time, as shared by Lauren, A-Rod offered Lauren to fly her over to a “steamy hotel romp”, although it did not happen!

Lauren revealed that Alex continued with the explicit texts and hot picture requests. To give the story a proof, Lauren also shared some alleged text messages that Alex sent to Lauren! About her experiences with Rodriguez, Lauren shared that he was “well endowed”, “good in bed”, and “very into threesomes”!

However, a close source to Rodriguez revealed that the magazine had been trying to taint their relationship and had been publishing absurd rumors. One such rumor that the magazine shared was that J.Lo. was pregnant and that Rodrigues and Lopez were getting married all of which turned out to be false. The rumors do not end here, a source revealed that an “ex from hell” has been trying to extort $600000 from Rodriguez in exchange to keep their text messages hidden!

All these rumors do not seem to have affected J.Lo and her man who were recently spotted jetting off a private plane to Vegas for her performance. Lopez also shared a picture with Alex and his kids with a caption “Happy Sunday everybody!!”