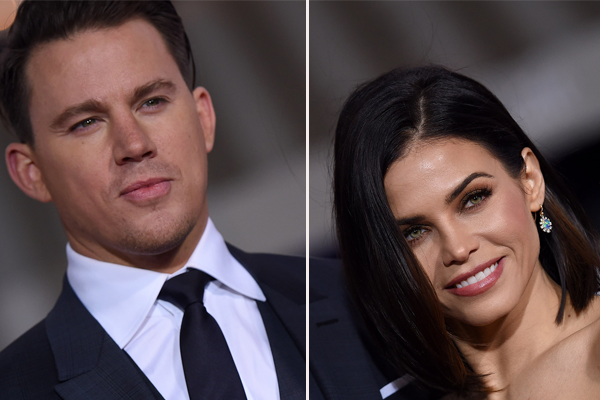 Channing Tatum and Jenna Dewan have separated to divorce after 8 years of marriage. After nearly decade of marriage, the couple announced their split in a mutual statement which both of them shared via their social media.

Many fans believe, Jessie J was the reason behind the breakup, but was she?

Channing and Jenna broke the news of their break-up through a statement which read that they lovingly chose to separate as a couple. They stated that nothing has changed about how they loved one another and there exist no secrets in their decision. 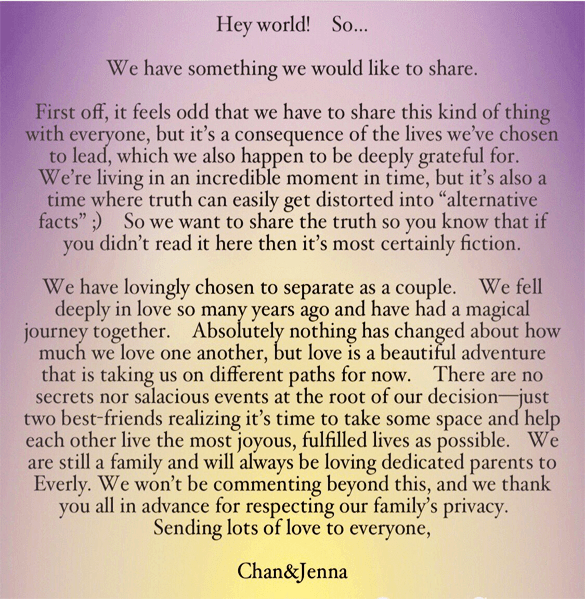 The Beloved Hollywood couple needed time and space to live a joyous and fulfilled life as two best friends. Channing and Jenna share their only daughter Everly Tatum born in 2013 for whom the couple has considered being a loving dedicated parent.

Though the couple had been managing to keep their daughter Everley’s identity secret in social media Daily mail spotted the family outdoor in Los Angeles and managed to take some photos in January 2017. 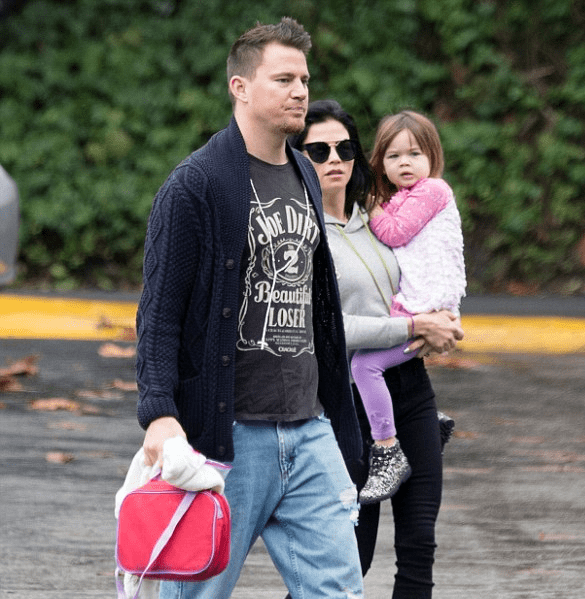 Channing Tatum with his wife Jenna Dewan and daughter Everly Tatum in Los Angeles in 2017 January.

Channing and Jenna had fallen in love in the set of 2006 hit rom-com Step Up. After staying in the relationship for three years the couple exchanged the vows in front of family and friends at Church Estates Vineyards in Malibu on July 11, 2009. 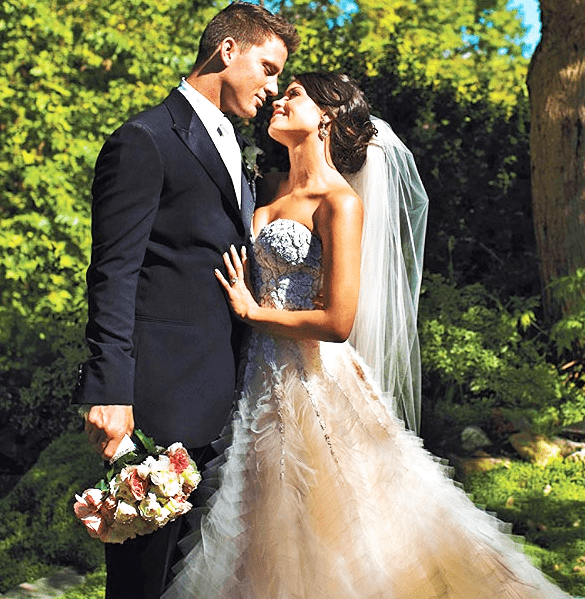 Channing Tatum and Jenna Dewan were married at Church Estates Vineyards in Malibu on July 11, 2009.
Image Source: Ever after guide

However, Channing and Jenna had maintained their status as one of the best and the recognizable Hollywood couple they kept their personal life under wraps. The couple kept the privacy of their daughter by opting not to share the child’s face on social media. The duo had been managing to keep their personal life private and as low as possible.

On March 19 Channing had posted on his Instagram a picture of him with his wife Jenna face painted by their daughter Everly. The couple must have had a fun time together with their daughter let her makeup both her parents. 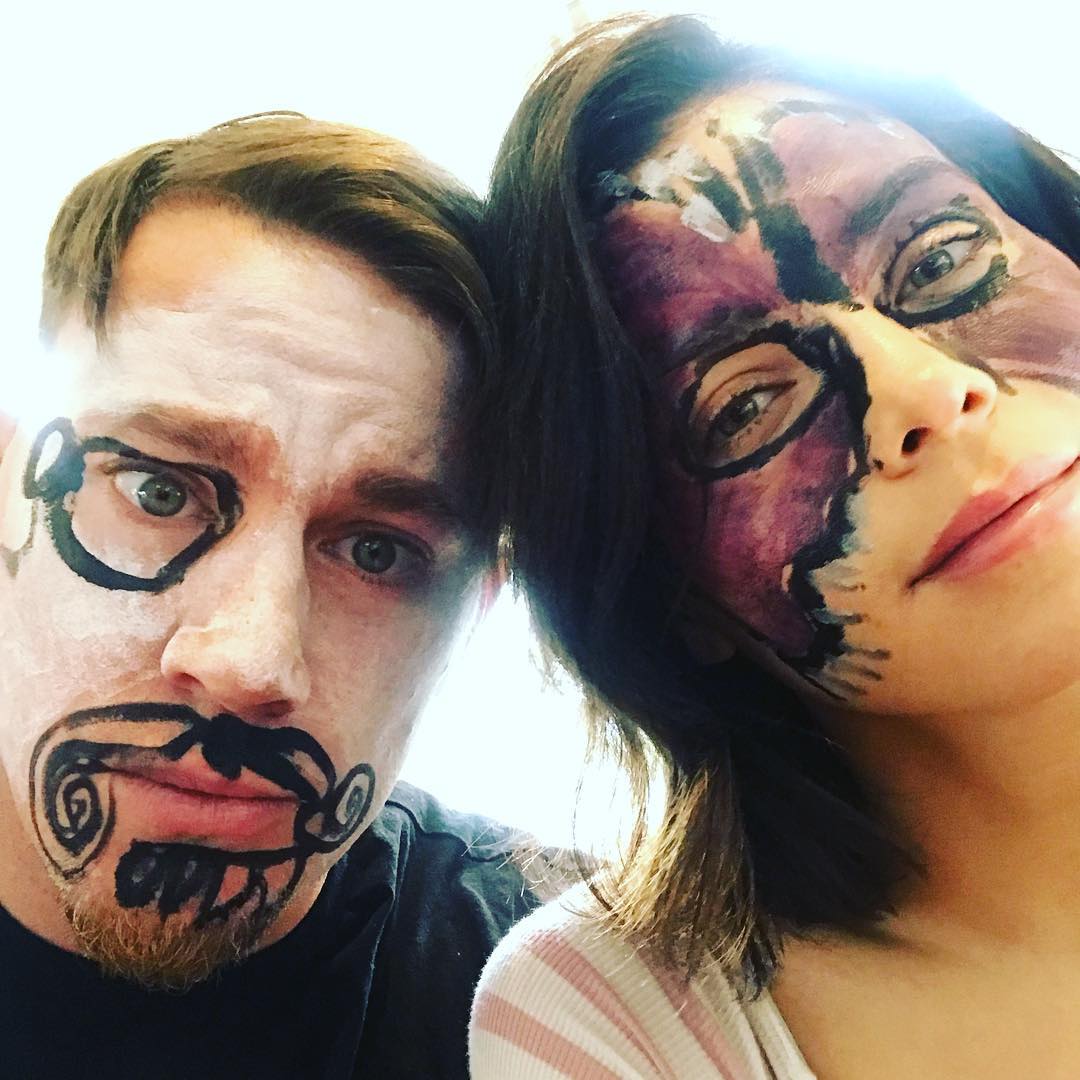 The couple had an amazing relayionship and a magical journey together, upon asked of the success of their marriage Channing had told E!News that there is no magic recepie for it and gave example of two unique snowflakes that meet to have a different combination.

Jenna on other hand had been equally devoted and outspoken about their beautiful relationship, talking to Health in March 2018 Jenna had said that she wanted to scream when people call her marriage perfect.

Channing and Jenna might have come up with this decision after a lot of thought and found best of them to apart. Though many Hollywood fans are left heartbroken while some of them are still speculating this to be concerned with April Fools. May the couple find the sole thing in their life for which they parted ways.