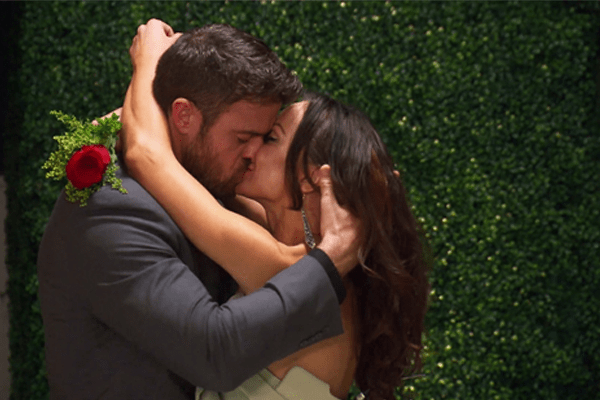 Chad Johnson and Karina Smirnoff had a lot of ups and downs in the show. However, on the season finale of Famously Single, we see that they have finally take things to the next level with a sealed fairy tale kiss. Chad went on to share that he finally “felt like the moment was right” and thus “went for it”. Also in excitement, he added that it as “f—king awesome”!

While Chad and Karina were smooching it off, Malika Haqq was given the personalized key to Ronnie’s apartment by Ronnie Magro-Ortiz himself. Ortiz explained to his lady love that she could “come and go whenever” she wanted. He shared with Haqq that he wanted to hide nothing and that she was what he wanted.

In the similar scenario, Malika Haqq had broken up with Ronnie. She revealed to Dr. Sterling that she thought she may have “worked for [Ronnie] a whole lot more” than he had worked for her. Haqq also claimed that Ronnie had been “verbally aggressive” to her and that he did not “speak positively” to her. Malika Haqq admitted that these were “epic flags” that their relationship was not working at all. However, she also agreed that Ronnie was “not a bad person” but he was not the guy for her.

The season finale of Famously Single aired this Sunday at 10 p.m.