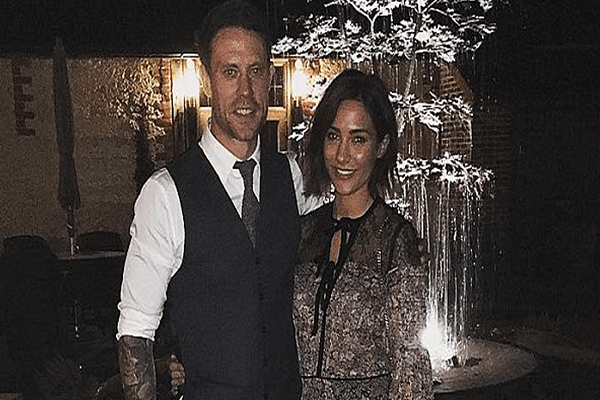 The strictly come dancing star, Frankie Bridget is certainly not happy with her footballer husband, Wayne Bridge for revealing details about their sex life during his time in the reality show. Will Frankie Bridge excuse her husband Wayne’s blunder or will we see another family feud?

Wayne Bridge, the English football hunky is presently seen as a contestant in the ITV reality show, I’m A Celebrity… Get Me Out Of Here! While his wife Frankie is known for her appearance in Strictly Come Dancing, The Saturdays, and now also for her wrath!

While Wayne was on the show, during a camp chat with one of his fellow celebrities, he revealed that the couple’s bedroom frolics were slowly fading since they had their kids. The couple has two lovely children named Parker and Carter. According to Wayne, Frankie and he have not been having quite a good time in bed since they conceived their children. It sounds like the issue of any other ordinary couple after marriage; however, making revelations about one’s sex life in the national television is certainly not common, is it? It left, the star’s wife red faced with embarrassment.

On the night of 7th December, the world saw, the English beauty giving a piece of her enraged mind to her hubby regarding his revelations of their sex life on the show. We could see Frankie’s disappointment and anger at what had happened during her hubby’s time on the show. We could see Frankie gnarling ‘I could have killed you when you started talking about our sex life.’ while husband, Wayne looked confused. Frankie quickly snapped that she was watching the episode with her mother and was very embarrassed and wished for him to stop. Frankie, however, admitted that she is proud of her husband for entering the entertainment sector but is also boarded of hearing how she is a lucky woman.

The ‘I’m A Celebrity… Get Me Out Of Here! Coming Out Show’ garnered huge attention after the entire feud. Although Frankie was harsh at Wayne, the couple was delighted to finally see each other at the show. While Wayne is mum about the entire event, Frankie has been going bonkers. Has the incident incited a possible separation? Or is it a wake-up call for the couple to up their game? We will soon know.