Home / Carrie Gracie leaves BBC. Where will she join now?

Carrie Gracie leaves BBC. Where will she join now? 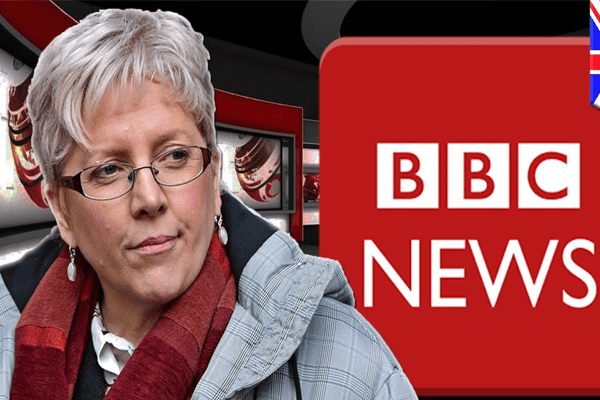 Earlier on January 8, 2018, Carrie Gracie resigned from her post as BBC’S China Editor. Senior Journalist Gracie, serving BBC for more than 30 years accuses the corporation of having “secretive and illegal” culture of payment and gender discrimination.

Gracie was stunned and disrespected to find out her male peers earned 50 percent more than she did. “My case is simply an example of a much bigger problem,” she told the member of parliamentary investigating pay equality of BBC.

Gracie stood before British lawmakers Wednesday and explained the circumstances that led to her departure in protest over unequal pay. Humorously she stated that according to her bosses she was paid less because, her three years of tenure in China, she was “in development”.

Gracie who is fluent in Mandarin had taken every risk and served the company with every ounce of her strength as much as a male professional could. She stated it was an insult added to the original injury.

BBC then was forced to reveal the salary sheets of the highest-earning talent last year, resulting in the exposition of a 9 percent gender pay gap.

How did BBC respond to the heated topic?

Director general Tony Hall and other BBC executives spoke at the committee hearing.

Hall stated: “The result of the grievance which she described to you did say very clearly that we had got some things wrong. I would that we hadn’t got things wrong but we did.”

Director General Hall said Gracie had done “first-rate work for the BBC” and added he didn’t undermine the work she’s done. He added the  “domination of men” in high paid position was false and BBC is working to resolve it.

At one point, BBC chairman Sir David Clementi turned round in his seat and apologized to Gracie sitting behind him, for the mistakes the corporation had made.He later told MP Julian Knight it was clear the BBC made a “number of errors”.

“I apologize for what she has been through,” he said “I recognize how individuals are concerned about these stressful occasions, they are stressful for us but it must be much more so for her. I am actually very sorry.”

Since she just resigned, there is no clue if she rejoins BBC or be a part of other News Channel. But, a senior qualified journalist with decades of experience is sure to get hired with substantial pay soon. Her efforts won’t go in vain.