Is Carrie Fisher coming clean about her affair with Harrison Ford? 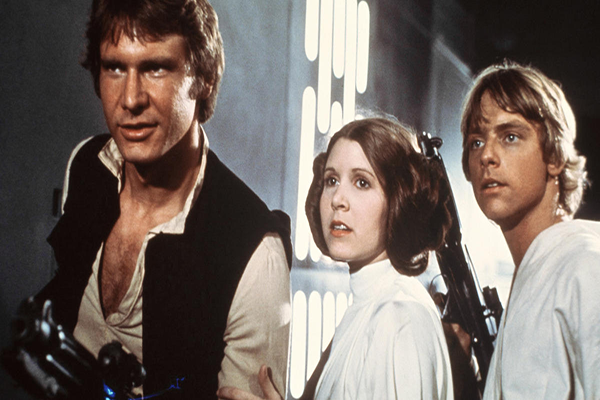 The entire entertainment sector was shocked at Carrie Fisher’s revelation about her affair with Harrison for back in the days when she donned Star Wars trilogy as Princess Leia. Although there were small hints down the dusty road, both Fisher and Ford did not admit to their affair until more recently when Carrie Fisher decided to publicize their secret affair.

Of course we were smitten by the on screen love affair of the sensational Princess Leia and the handsome Han Solo in the original Star Wars movie. However, we seemed to have been unaware about the off screen romance that the couple were harvesting secretly over the years.

The reason that the love affair had been kept a secret might have been because the whole set up of it was somehow crazy and scary to both of them. Why? The answer might be because at the time their affair began, Harrison Ford was 33 years old and was married and a father of two lovely children, while, Fisher was a young and acquitted 19 year old beauty.

Carrie Fisher in her new book, The Princess Diarist, has addressed all the times that she had spent with Ford. She recalls the first night that they spent together as being the birthday celebration party for George Lucas, the director of Star Wars. Fisher openly wrote that she was doused by heavy wine that night and Ford had offered to drive her back home. It eventually turned out to be more than just a drive home, when Ford and Fishers landed in bed together. The one night stand did not end there; the couple went on to fall immensely for each other but never revealed it to the public. Fisher also discloses that she tried very hard to make Ford love her although it never worked. Sadly, the affair between them stopped after the filming of the Star Trek movie stopped.

Ford has already had three wives and according to Carrie she remains as his one affair. Fisher told in an interview that Ford responded ‘Lawyer!’ jokingly when she gave him a copy of her book. She also revealed that Ford is private but admits that she gave the affair enough time to remain a secret. Ford has not made public comments about the sudden revelations about their past but is frequently spotted outside. How could we have missed the signs about their affair?