Carlson Young Married To The Love Of Her Life, Isom Innis 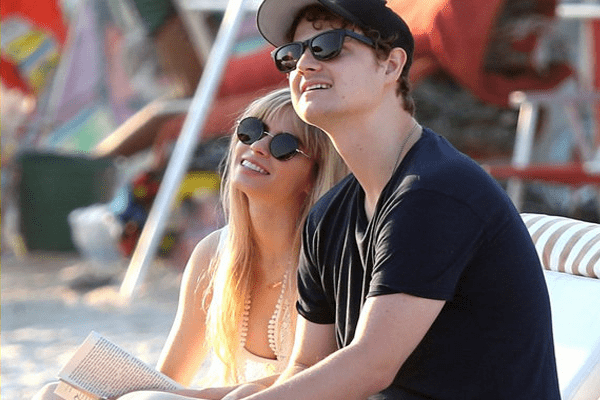 To the delight of their fans, Carlson Young, the beautiful actress of Scream, is finally married to the artist of Foster the People, Isom Innis. The wonderful ceremony took place on the 29th of April, 2017. The wedding took place in Fort Worth at the Saint Andrew Episcopal Church situated in Carlson’s hometown in Texas.

The bagful wedding consisted of Carlson’s sister, Griffin Young as her maid of honor. The groomsmen were Isom’s bandmate Mark Foster, Sean Cimino, and Mark Pointus. The party was attended by around 350 close friends and family.

The wedding was a pretty hush-hush affair as no pictures of the wedding have been released by the duo. Carlson, however, shared the picture from their rehearsal dinner and also thanked her designer for the perfect dress, well suited for the ceremony.

rehearsal dinner ? @kilpat /// thank you for my perfect dress @nardosdesign

The newly wedded couple revealed to People, that the weekend of their wedding has been the best weekend of their lives. They also stated that the presence of all their loved ones in a single place was an extravagant affair for them and the chance to wed their soul mate and best friend is something that will be cherished for a long time to come.

The menu of the wedding comprised of favorite items of Carlson and her newly wedded hubby. Some ingredients include shrimp remoulade lobster puffs, fried oysters, and mini avocado toasts. A risotto station, gourmet pizza station, tenderloin and truffle friends and grilled cheddar were the other added attractions on the menu.

The Wedding Cake was covered with ombre sugar flowers as well as a halo with cascading petals, giving the look of the entire wedding affair to be even more mystical.

The planning of the wedding was going around since 2016 and Carlson revealed that the love of her life, Isom chimed in on wedding plans and did not want to wait long for getting married to her. Carlson had the idea of having a wedding with over 400 people on board, but there was not enough place so they had to cut down on the people.

After dating for two years, Isom had proposed to his girlfriend Carlson, thus getting engaged in January 2106. The engagement took place in Iceland and the beautiful pictures were shared by the couple to their fans.

Much to the delight of the pair’s fans, the beautiful couple is now husband and wife! Wishing them all the success in life.