Home / Former Wrestler Bruno Sammartino, dies at the age of 82

Former Wrestler Bruno Sammartino, dies at the age of 82 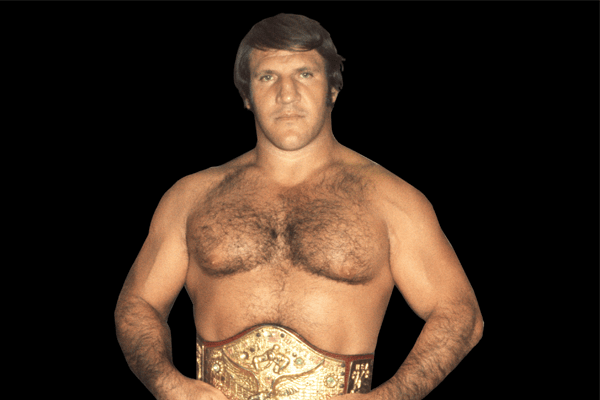 Today, the entire wrestling world in grief. The biggest name to ever lace a pair of boots in a professional wrestling ring, Bruno Sammartino has sadly passed away today at the age of 82.

Dubbed the “living legend of pro-wrestling” while he was alive, Bruno was renowned foe holding the then World Wide Wrestling Federation (now WWE) championship for 8 straight years. Back in those days of territorial wrestling, Bruno Sammartino stood out not just in his territory but in the entire USA and around the entire globe.

He is rightly placed in the Mount Rushmore of professional wrestling along with Hulk Hogan, Andre the Giant, Dwane “The Rock” Johnson, Stone Cold Steve Austin and John Cena.

The name that is associated most with Legend Bruno Sammartino is Maddison Square Garden, “the world’s most famous arena”. He competed at the Garden on more than 200 occasions, headlining the show a staggering 187 times. Such was the star power of Bruno that, he sold out the arena every single time.

Dave Meltzer, the most acclaimed wrestling journalist wrote,”He was the most loved wrestler. People saw him as real, an inspiration to them.”

What makes Bruno stand out most is the fact people in the 60’s and the 70’s told their children tales of Bruno Sammartino. “I saw Bruno in Maddison Sqaure Garden.”, people would proudly proclaim.

The 11-years long champ Bruno’s influence was not just limited to pro-wrestling. He was an inspiration and a role model to people of all kind. Do you want proof? Just look at Bruno Mars. His name is a tribute to the late great Bruno.

I had no idea that Bruno Mars’ name is an ode to Bruno Sammartino.

R.I.P. to a wrestling legend. pic.twitter.com/phSOjB0cVk

The biggest name in pro-wrestling Bruno Sammartino was a guy who believed in realism in wrestling. He would refuse to lose to guys who couldn’t defeat him in a real fight. He hated unnecessary gimmicks and refused to wrestle wrestlers who dressed like clowns. And there weren’t many who could beat him in a fight. In one of his first bouts, he picked a 600 pound man and threw him on the floor.

As a result, after the legendary Bruno won the WWWF title back on 1963 from Buddy Rogers in less than a minute on the front of 20,000 fans at the Garden, he would reign supreme for 8 long years before finally losing the belt to Ivan Koloff. He won the title back in 1973 and held it for four more years. His 12 year reign at the top is the longest in pro-wrestling history.

The muscular Bruno, the longest reigning champion, who arrived from Italy during World War II, was a massive Box office draw for WWWF. He was the first person to headline Maddison Square Garden after it was rebuilt. Even in his latter years, his bouts against Stan Hansen, Roddy Piper and Randy Savage were hugely successful. Vince J. McMahon, the then owner of WWWF, based his entire company around Bruno.

After Vince K. McMahon took over the company from his father, the legend Bruno didn’t like the ideas of McMahon as he focused on entertainment and pop-culture rather than pro-wrestling. He left the WWWF due to wrestlers using steroids, which he said he was embarrassed by.

The 11 year champion Bruno  finally returned to the now WWE after he was assured that the steroid scandal was over. He was inducted into the Hall of Fame in 2013 by Arnold Schwarzenegger. They have a statue built of him at the WWE headquarters in Stanford, Connecticut.

And the man who made the professional wrestling world his own is no more. The biggest box office draw in wrestling, Bruno Sammartino is unfortunately dead. The wrestlers and other people who idolized Bruno were quick to express thier grief and thank Bruno for his contributions. WWE ran a article highlighting the great career of Bruno.

One of the finest men I knew, in life and in business. Bruno Sammartino proved that hard work can overcome even the most difficult of circumstances. He will be missed. #RIPLivingLegend pic.twitter.com/PNDuQ31Phd

Bruno Sammartino was a legend. He was the American Dream personified. From his childhood in Italy hiding from Nazis to selling out Madison Square Garden 188 times as the biggest star of professional wrestling, he was a hero in every stage of his life. pic.twitter.com/29KDwT3gcA

Today is a sad day for wrestling and sports fans. Simply put, Bruno Sammartino was one of the biggest stars in the long and storied history of Madison Square Garden, a legend in every way. Our thoughts and prayers are with his family today and always. pic.twitter.com/pKG1SZypWd

My hometown hero, Bruno Sammartino has passed. I grew up watching Bruno. He was an amazing… https://t.co/Hjdi4i8ioP

Devastated to hear the passing of a true icon, legend, great, honest and wonderful man…
A true friend…and one of the toughest people I’ve ever met.
My thoughts are with his entire family. #RIPBrunoSammartino #AmericanDream

May your soul rest in peace Bruno Sammartino.