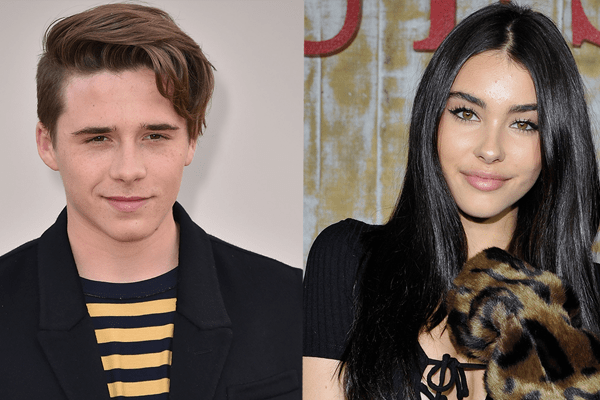 Brooklyn Beckham and Madison Beer are not taking things slow. The couple has been trying to know each other and the tabloids have been doing their work just right to find out what the couple is doing each moment. Brooklyn and Madison were spotted together for the last couple of days hanging out together in various eateries around Los Angeles trying to get to know each other while they have a bite.

However, Brooklyn Beckham and Madison Beer gave us the major PDA feels last night when they were spotted at West Hollywood eatery Catch LA having a bite and sharing the most romantic and adorable dinner date ever.

The couple was spotted by many arriving hands in hands at the eatery. And of course, the couple, like any other, was spotted taking selfies with each other. The couple eventually joined Brooklyn’s mother Victoria Beckham.

It is now sure that Beckham is falling deeply in love with Beer since he has been showing her t his mother which is a major step for the young couple.

Brooklyn Beckham and Madison Beer were also spotted together this Saturday enjoying a trip to Barneys New York. The young couple was enjoying and was less clingy.

It has been a roller coaster ride for the young Madison Beer whose ex-boyfriend’s recording Jack Gilinsky calling her a “f—king slut” had been surfaced. Gilinsky who confirmed the recording made a public apology. Madison Beer has also talked about it and advised young girls like she to learn from her “foolishness”. Madison took to Twitter to share that she had been “afraid” to speak up at the time!

Brooklyn Beckham has also recently come out of a relationship. He was dating actress Chloe Grace Moretz but the couple had a separation in the fall of 2016. There were reports that the reason for the breakup was because of Moretz’s busy schedule.

Brooklyn had been a lovely boyfriend during his past relationships and the public expects him to be the same with Madison Beer as well!