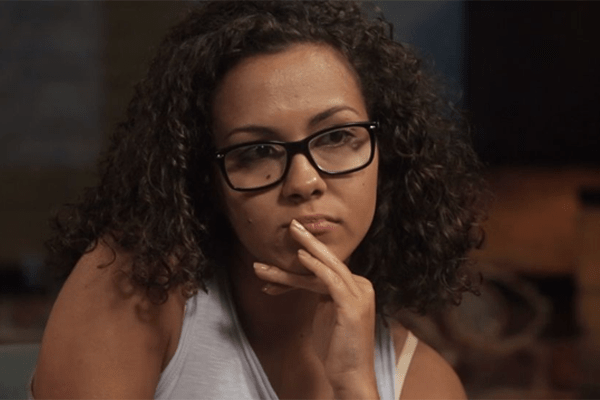 Briana DeJesus who had her first child at the age of 17 and got into the show Teen Mom 3 announced through Instagram on 3rd January that she is expecting her second child pretty soon. Baby number two is on the way and this former teen mom is as excited as any parent can be.

Briana DeJesus announced on 3rd Jan 2017, that she is expecting a second child. She wrote, “Looks like Nova won’t be an only child anymore. Super excited for July”, insInstagram. She also posted a picture of her ultrasound.

She had her daughter, Nova when she was only 17 years old with her ex Devoin Austin. The lovable Nova who is currently 5 years old will soon have a sibling to play with. Briana also revealed on twitter that she was 13 weeks pregnant. Although Teen Mom 3 got canceled after one season in 2013, Briana has always stayed under the limelight.

DeJesus is a single mom and is proud of it. She often shares pictures of herself with Nova on many of her activities. She is proud of her daughter.

However, she revealed to Radar Online that when Nova heard about the breast augmentations that her mother had, she wanted to have her boobs done as well. Nova also wore a sports bra for a few days which had Briana tensed.  As mother as daughter!

Briana has never gone out of the headlines and has always managed to show her significance over the media. The past year, Briana came into the limelight for allowing her plastic surgery on Snapchat as ‘mommy makeover’. She went under liposuction and labiaplasty. She did not stop at that and went for a Brazilian butt and a boob job which was not her first.

Brianna revealed that she was happy with the results. She has also not complained about any difficulties during pregnancy. Nova will soon have a sibling and Briana will have another child to love and care for.

Since DeJesus already has a daughter, she is hoping that this time it is a son. May her wishes come true! Another Teen Mom 3 star, Katie Yeager is also expecting her second child. Other stars of MTV like Chelsea Houska, Jenelle Evans, and Ashley Salazar will also soon have babies. We hope for the best of Biana DeJesus and her growing family.