Breaking! Amy Schumer and Ben Hanisch have broken up 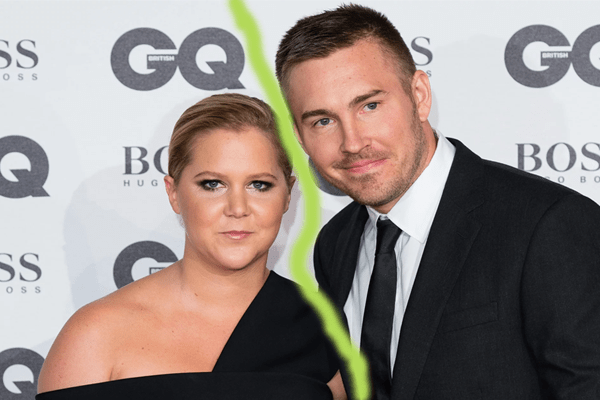 It is over for the once-adorable couple, Amy Schumer, and Hanisch. It is very normal for Hollywood couples to break up time to time but the crowd was really cheering for this power couple. After a year of dating, Amy Schumer and Ben Hanisch have called it quits!

It was only last November when Amy Schumer and Ben Hanisch had posted an adorable Instagram post celebrating their one year anniversary. Now, it seems very sad that the couple has ended their year-long relationship.

On Tuesday, May 16, a close source to Amy Schumer revealed that “after thoughtful consideration” the couple decided to end their relationship. The representative also added that the couple “remain friends”.

Ben seemed to be very open on his Instagram post during their anniversary and wrote that he met the love of his life a year ago when the couple “weren’t looking for a relationship at the time”. He also added that “something felt right from the very first night” that they met and then they spend “6 days in a row together”. Ben posted a picture which he mentioned was taken the night in New Orleans when he knew that he wanted to spend his life with her!

Amy had also expressed her love and feelings towards Ben Hanisch but in her obvious comedic tone. Schumer revealed in an interview with Howard Stern that she and Ben loved “having sex with each other, but there’s no performing”. She also added that Ben is “sweet” and that she lays there like she’s about to get a CT scan so she “is not pleasing anyone”!

Amy had even joked in an interview on The Moms that she would like to have some kids of her own in the future although her “uterus remains empty” now! Amy responded positively when she was asked if she wanted to become a parent. The 35-year-old comedian who won the GQ Woman of the Year award has been busy with her movies and her show. While Amy is busy with work, so is Ben as a furniture designer. The actual reason of their split has not been put out.

All the sweet talk about each other eventually ended in 2017 when no more Instagram posts about each other were seen. Although the tabloids had probably spotted that something was wrong, no one anticipated that thing were down to a split up!

A year ago I met the love of my life. We both weren’t looking for a relationship at the time, but something felt right from the very first night we met. We ended up spending 6 days in a row together. This pic was taken in New Orleans and was the night I knew I wanted to spend my life with her.