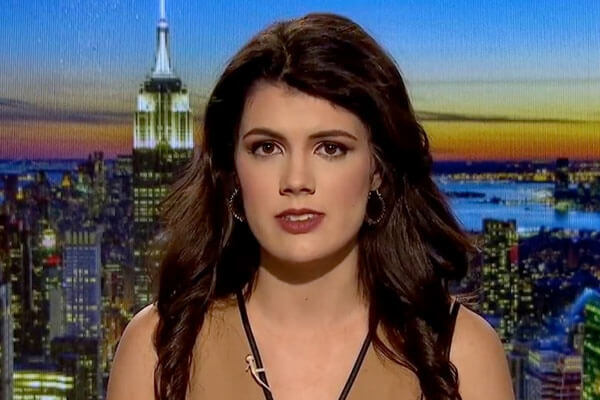 Bre Payton, a 26 year old, political journalist who was working as a staff writer for The Federalist and also a regular guest on Fox News Channel, died on Friday.

According to Caring Bridge, On December 27th, Thursday, in San Diego, Bre Payton’s friend went into her room to visit Bre around 8:30 and found her unresponsive. Bre was barely breathing. Then, the friend immediately called 911. Bre was immediately taken to the hospital, admitted to the ICU. And the doctors determined after hours of testing and CT scan that Bre had H1N1 flu and possibly meningitis.

Payton was doing absolutely well few days before. She was in California this week to guest host a show on the’ One America News Network.’ Bre even twitted her followers on Wednesday to see her on TV.

If you tune in to @OANN RIGHT NOW you can watch me host “Tipping Point” for @Liz_Wheeler.

Suddenly, on Thursday she was found unresponsive by her friend and then diagnosed with the flu. Though the doctors tried their best, Bre’s condition worsened and she eventually passed away on December 28th, 2018.

Publisher Ben Domenech tweeted about the devastating news of her death.

Bre has passed. We are devastated. Last we saw her, she was her funny, smart, vivacious self. Now lost to us so suddenly. pic.twitter.com/2qJ624A4Dl

Bre Payton’s sudden death has left her family, friends, fans, co-workers, viewers, everyone in shock. All of them are sending their condolences, heartfelt prayers to Bre’s family for her soul to rest in peace. Everyone has just one common saying about her that Bre was a lively, very sweet, hardworking, joyful and compassionate person.

Her sudden death is unbelievable. But it’s true. We extend our heart felt condolences for Bre Payton’s family that consist of four siblings and parents. This is the tough time for them. Rest in Peace Bre.

For more updates, be  with SuperbHub and get latest news, entertainment and articles.