Home / Bradley Whitford and Amy Landecker pledged to be married! The couple is engaged.

Bradley Whitford and Amy Landecker pledged to be married! The couple is engaged. 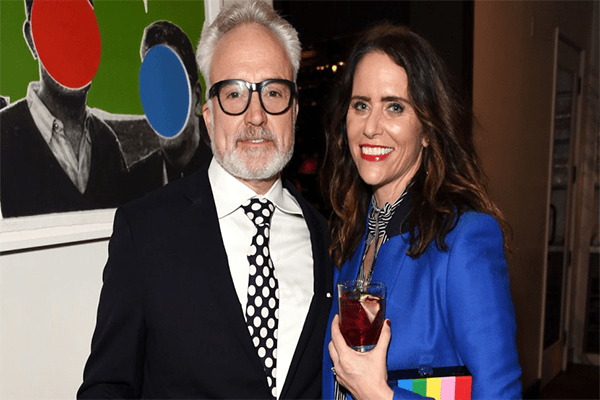 Co-stars Bradley Whitford and Amy Landecker of famous television series Transparent are finally engaged. On the  Female Oscar Nominees of 2018 Annual Celebration, both were seen posing together on the red carpet. Meanwhile, Amy Landecker was spotted with the brand new diamond engagement ring on her finger.

Bradley and Amy met each other for the first time on the set of Transparent, however, they have never worked together. They didn’t start dating immediately after the meet.  It might not be a love at first sight for the couple. But things turned out well after some time.

She admits to People that her taste of choosing people is so bad. In the beginning, Amy was not really interested in Bradley, she thought he is a cocky actor and not a cup of her tea.

Bradley joined the Amazon series in 2014 and began to date Amy one year later since summer of 2015. Amy and Bradley were in a relationship for three years. It was not easy for Amy, it took a while for her to warm up their relationship. Today, their relationship is not only fine but Amy is the happiest person she has ever been she told so to the People.

In 2015, on the premiere of the second season of Transparent in Los Angeles, Bradley told to People that Things with Amy are spectacular.

It would be the second marriage for both. The ex-wife of Bradley Whitford was Jane Kaczmarek while the ex-husband of Amy Landecker was Jackson Lynch. After their unsuccessful first marriage, it seems they have moved on with their past and they look happy together.

On March 4, 2018, the 90th Oscars were held at the  Dolby Theatre at Hollywood & Highland Center. Bradley has been nominated for the movies, Get Out and The Post in the Academy Awards Best Picture nominees of the year.