Home / Celebrity News / Bethenny Frankel will most likely be dating soon! “Definitely Thinking” about it !

Bethenny Frankel will most likely be dating soon! “Definitely Thinking” about it ! 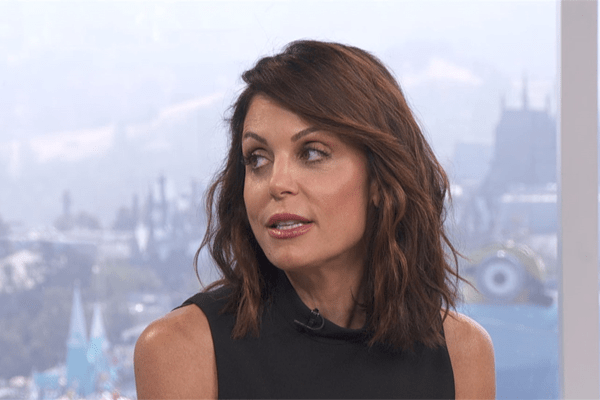 Bethenny Frankel has been single for too long and the public already wants to see her with a guy. In an interview with E! news, the Real Housewives of New York City star shared that she is “ Definitely Thinking” about getting back to dating! She also shared her dating affairs with other celebs! Let us find out what she has to say about entering the dating game!

Bethenny Frankel came out very clear on what she thinks about starting her dating affair back again. Frankel shared that she likes “meeting men” but “it is just not a priority” since she has to think about her daughter and her success. Frankel also made a statement that she is “definitely thinking about getting back in the game.”

Frankel shared that she is not “thirsty” for dating men. She shared that she is busy with her business and her charity, Be Strong that gives financial and emotional support to women! Frankel revealed to E! News host, Zuri Hall, that she has not had a relationship with her mother since she was 14 and which is why Frankel’s mother has been making accusations regarding her business ethics.

Bethenny Frankel was still in the mist when she was asked if she would like to marry again. “I don’t know, maybe, I don’t think about that” is what the reality superstar had to shy! But she went on to make it clear that she is not getting married anytime soon since she wants to solely focus on being with her daughter and what is best for her!

Bethenny has been very busy with her liquor, Fresh Deli Meat, Skinnygirl Empire, her charity program, and most importantly her daughter so we might see her busy in her work for most of the coming time. We wish the best for Bethenny Frankel’s personal and professional life!

I guess I am a shark after all. Watch out @sharktankabc – comin’ for u this fall. Are you as excited as I am? #sharktank