Ben Higgins on “tough” split up from fiancé Lauren Bush 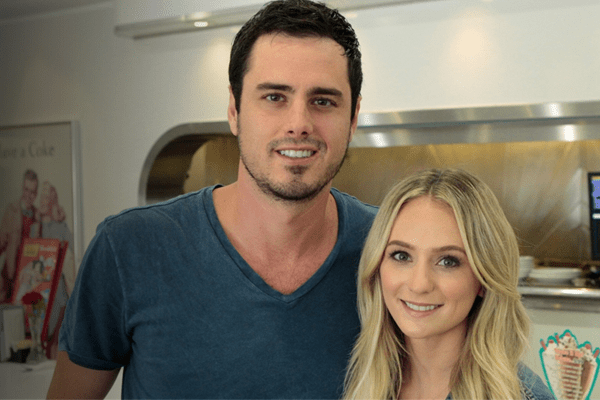 Split ups in the glitz and glamor must sound frequent and insignificant but it is not all that easy for the ones under this knife. Ben Higgins has now been spilling the beans on his failed relationship with fiancé Lauren Bush. Ben revealed that he had difficulty coping with his breakup from Lauren. Let us get into the details of the after effect of Ben and Lauren’s split up!

It is very well known that the once- power couple, Ben Higgins and Lauren Bush broke up. Things seemed to have been normal superficial but deep inside Ben had been having the most difficult time of his life.

Ben Higgins shared emotionally that Laurel will always be one of his “best friends”. Furthermore, Ben shared that both Lauren and he learned a lot about themselves during the relationship. He said that Lauren knows him “better than anybody else that has gone through this experience”. He shared that it has been “tough”!

“Very fresh” is what Higgins had to say about his break up since he believed that it is difficult to “say goodbye to somebody that you spent so much time with” and someone who was assumed to be the “ one for you”.

The break up might have seemed sudden and unpredictable but Ben believes that there were some signs that the relationship was coming to an end. Ben shared that he and Lauren “saw that life was getting more difficult”. Ben emotionally shared that the joy that was there before had disappeared eventually and that both of them were working very hard to bring it back but “it just never seemed to get there”.

Ben made it clear that the couple were not getting back together but was hopeful for both their futures. Ben turned to a positive light saying that everything is going to be good and these “situations can be turned into being a beautiful thing”! Ben shared that he is “confident in today”! He finally shared that he is a “better man today because of Lauren”!

Love is a process of acceptance! Order today, order now (link in profile). Only a few days left! All proceeds go to @humanityandhope and @sheliftgrams help them out, help us out!