Home / Celebrity News / Ben Affleck has a new “down to earth” girlfriend”: What you need to know!

Ben Affleck has a new “down to earth” girlfriend”: What you need to know! 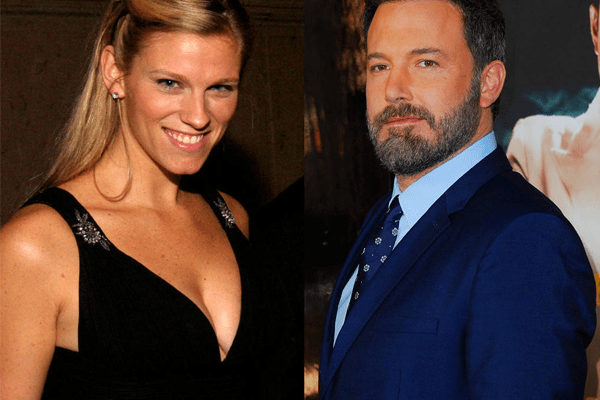 We are very much aware that Ben Affleck has been a notorious man by cheating on his ex-wife Jennifer Garner. They promised to maintain a united front for the sake of their children. He had to go through a divorce in April of this year. Jennifer Garner had let him go 2 years ago and ended their 10-year long relationship.

It was later revealed that Jennifer Garner had finally moved on, but Ben Affleck was still stuck in being single. But not anymore!

The couple made their first public appearance on Friday, July 8 when they were out to eat at night.

What you need to know about Ben Affleck’s new girlfriend:

As per some sources, Ben and Lindsay were good friends long before they became a thing. As per the source close to the couple shared to E! News, that Lindsay is “the kindest person” and is known to be very “down to earth”!

The Real Story Behind Ben Affleck’s ”Down to Earth” Girlfriend Lindsay Shookus #FACTS JULY 7, 2017. Let’s not jump to conclusions about Ben Affleck’s new leading lady, Lindsay Shookus. A source said that the Saturday Night Live producer and the Oscar-winning actor have “been friends for a while but things got romantic [between the two] only recently.” The new duo was seen together for the first time just last night when they stepped out on the town for a late bite to eat. And despite the rumor mill going into overdrive about the relatively new romance, a close friend tells us that Lindsay is “the kindest person” and “down to earth.” The insider adds that “Lindsay is the girl next door. She’s completely unpretentious. She is fiercely loyal to her friends. She’s a rock to them and her family. She’s the friend that is there during good and hard times and she’s the first person to show up next to your side.” Last night, E! News exclusively reported that the couple has been spending quality time together this summer and even traveled to London together last week for a quick getaway. #entertainmentninfo #NINFONETWORK #benaffleck #LINDSAYSHOOKUS #jennifergarner #SNL #hollywoodreporter #celebrity #NYC #LA #ellemagazine #ELLE #cosmopolitan #USWEEKLY #instyle #INTOUCH #actress #actores #batman #DCCOMICS #ENEWS #BET #MTV #HBO #oprahmagazine #OPRAH #daredevil #MATTDAMON

The source had a lot to share about Lindsay. As per them, Lindsay is a “fiercely loyal to her friends” and is “the girl next door”. The source also added that Lindsay is “completely unpretentious”. E News1 went on to reveal that the couple has been spending some time with each other since the summer began and have also gone on a trip to London together.

It is also reported that Lindsay has a lot more in common with Ben. Ben Affleck’s new girlfriend, also like him, is trying to keep good terms with her ex and even threw him a birthday party this year. Lindsay is also known to be a great parent to her daughter. A source close to Lindsay shared that she is focused not only on her successful career but also tries to spend as much time possible with her daughter as she can!

Scarlett Johansson and Colin Jost are in a dating affair